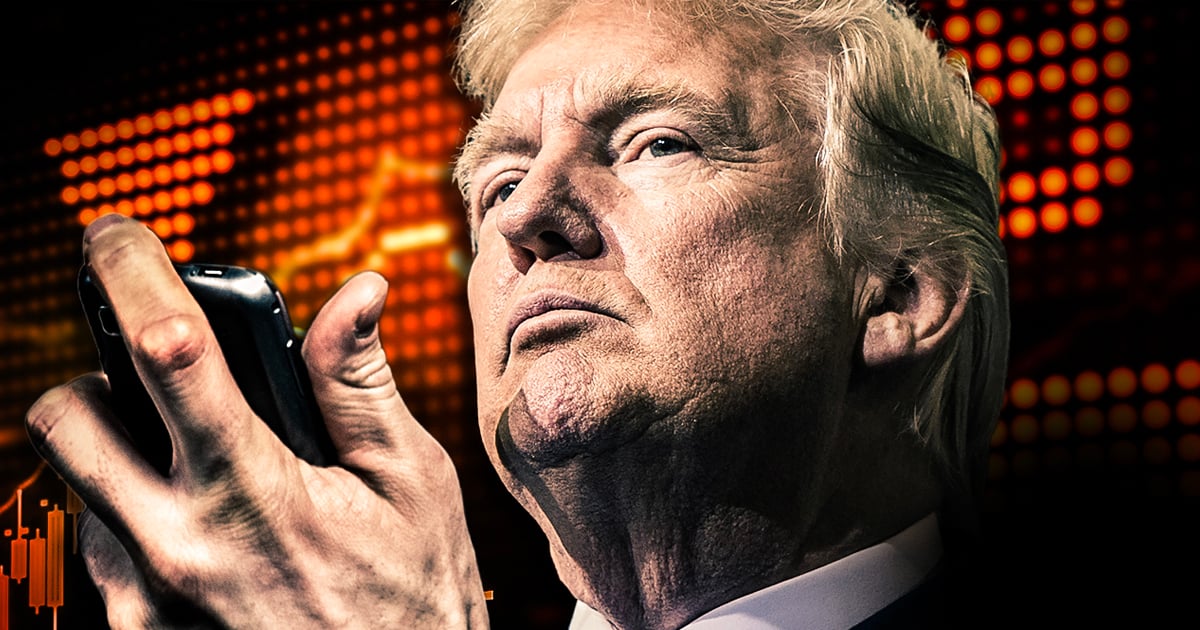 Donald Trump’s tweets have triggered the recent collapse in financial markets. Even if the stock markets usually ride out periods of unpredictability, a new step has been taken as the U.S. president is poised ever-ready to draw his sword.

It’s well known that financial analysts are an easy target. But that doesn’t stop him. Seeing the markets plunge over the first few days of August, the terms “carnage,” “the craziest days in my eighteen-year career” and “the real crash has arrived” are fitting.

It all started after tweets were fired off on Thursday evening by the president announcing a new round of tariffs on China starting Sept. 1. Of course, a White House economic adviser tried to restore calm on Friday by saying that there’s a chance these tariffs won’t be implemented, because “a lot of things can happen in a month.”

Toward a Currency War

Either way, but the tweets had an impact. On Friday and Monday, financial centers collapsed. Earlier this week, China also started to let its currency slip against the dollar to facilitate its exports despite taxes, stoking fears of an outbreak of a bloody currency war between the two major world economic powers. All this in a time of economic fragility, especially in the euro zone.

Stock markets have always been bumpy as a result of many different unpredictable factors. In recent years, with the advent of high frequency trading and its occasional sudden crashes, and with ever more immediate access to information, the markets have had to tame what they hate most: unpredictability. Today, with @realDonaldTrump’s thumbs ready to craft explosive tweets at any time of the day or night, things have gone a step further.

Now, anything seems possible. Given the exaggerated claims he makes about Democratic congressmen (or typos like “Covfefe”), Trump’s Twitter game could drop bombshells on anything at any time. In the middle of an election campaign, the one-upmanship could last at least until November 2020.

August has a reputation for being bad for financial markets. There are fewer players in the stock market and prices are likely to rise or fall much faster than usual. So, “fasten your seatbelts,” warned an analyst in anticipation of the days to come. Even if analysts are not exactly known for their sense of perspective, you might want to listen to their advice. Trump could still tweet quite a lot in one month.