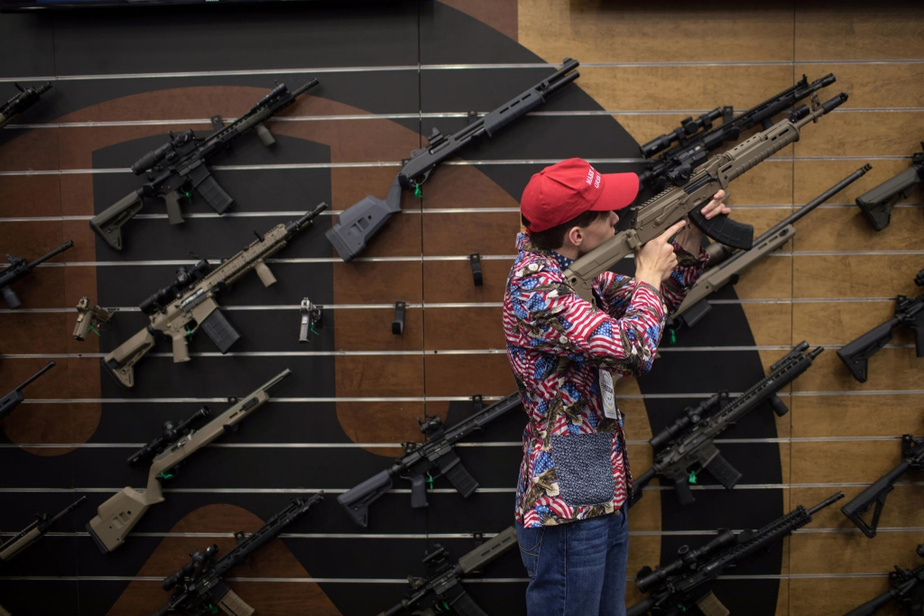 The National Rifle Association has successfully defended access to firearms under the Trump administration, but it is now in troubled waters. Will the fight for better gun control get the upper hand?

It has been one week since two consecutive slaughters killed 31 people in Texas and Ohio – 35 if we count the Gilroy massacre that occurred earlier the same week in California.

And yet, there is still no firm commitment to tighten gun control.

There were some promising signs, it is true. “Republicans and Democrats must come together and get strong background checks” said Donald Trump tweeted on Monday. He did not repeat this remark in a statement a few hours later, a noticeable omission. The president was at it again Wednesday before meeting victims of Dayton and El Paso, stating there is a “great appetite for background checks.” But his main point was apparently to shut the door on an assault weapons ban for which he sees “no political appetite.”

Americans showed their appetite for better gun control though, in a survey as early as this week.

Less than one-fourth of voters (23%) are against a ban on assault weapons, according to a survey conducted last Monday through Wednesday by Politico. Even many Republicans (55%) claimed to support such a ban, according to the Morning Consult research firm.

We are not there yet. Trump’s support for backgrounds checks on Monday was met with a phone call from NRA’s boss, Wayne LaPierre, according to The Washington Post.

The powerful gun lobby group has not eased its pressure on gun access, although these last months, it has been running around putting out fires.

Its president, Oliver North, and its main lobbyist, Chris Cox, as well as members of NRA’s administrative board and everyone who criticized LaPierre’s management, were fired.

And this week, a big sponsor filed a class action suit against the association, accusing it of wasting funds and disrespecting its mandate. The sponsor also contacted state and district prosecutors in New York and Washington, D.C., urging them to complete their investigation way before the 2020 presidential election. The two prosecutor offices have already begun looking into the tax-exempt and non-profit statutes from which the dangerous NRA benefits.

The NRA can still brag about its success, as very few measures restricting access to firearms have been adopted under the Trump administration.

But this very success could soon turn against its main supporters, Republican legislators. “Republicans are headed for extinction in the suburbs if they don’t distance themselves from the NRA,” predicted a big donor interviewed by Bloomberg this week. The GOP needs to take several actions, such as implementing universal background checks and banning military-style assault weapons, the donor said.

In fact, nine out of 10 voters want background checks for all firearm purchases, according to the Politico and Morning Consult survey.

President Trump seemed open to implementing such a measure in the weeks following the Parkland shooting. But it didn’t happen.

The NRA managed to make the right to bear arms a major issue. But better control over access to those arms in order to keep them from falling into the hands of murderers so easily? If Americans would make this a real election issue, one that would convince candidates and political parties that they had something to gain voterwise from supporting gun control instead of something that made it a losing issue, then maybe things might change.