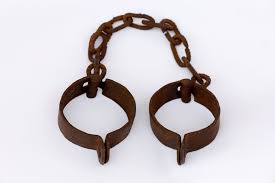 This month marks the 400th anniversary of the first forced migration to the United States, when a ship appeared off the coast of Virginia with more than 20 African slaves from Angola in August 1619. Those first slaves were apparently stolen by pirates from a Spanish ship that was on its way to Mexico and had been received in turn by the Portuguese, imperialists that profited not only off of the natural resources of other countries, but also off the big business of kidnapping, and buying and selling human beings.

They were the first of 400,000 to 600,000 slaves transported from Africa to the United States, around 5% of the total of approximately 12 million African slaves that were commercialized by Europeans in the biggest forced mass migration in history until World War II.

In 1860, right before the Civil War broke out (which, among other things, led to the abolition of slavery after nearly 250 years), the United States slave population was at almost 4 million, 13% of the total population. This history, this forced migration in chains, was an integral part of the creation of this country, which since its conception has proclaimed itself as the global beacon of liberty.

It was the hands of slave labor that generated the greatest wealth in the 13 colonies and that laid the economic foundation of the country that officially rose up with the Declaration of Independence in 1776. Therefore, some historians assert that the country’s real birthdate is 1619, when that ship appeared with the first slaves that were sold to the English colonists.

The origins of this country arose from the theft and genocide of indigenous people on American soil, and were shaped by the hands of African slaves. Therefore, some historians repeatedly remind us that the country’s story, based on ideas by the elitist authors of the Declaration of Independence (redacted by Thomas Jefferson, a slave owner) and soon after in the Constitution, that proclaimed a nation based on liberty, equality before the law and the free will of its residents, is partly a lie. Eight of the first 12 presidents of this republic were slave owners.

There are battles of resistance and liberation that also began four centuries ago; indigenous battles, African American battles, fights by women, and subsequently resistance by waves of immigrants. There are some that have demanded this country, the same one they built, comply with its promises of liberty and democracy. That is why the United States cannot be reduced to just a country full of “gringos.” Not all of them share the same origin, experience or culture.

Toni Morrison, the great African American Nobel Prize-winning author who passed away Aug. 5, wrote in The New Yorker soon after the 2016 election that some of Trump’s voters were “not so much angry as terrified” of losing their “white privilege.”

There is no way of understanding today’s American without taking into account this historical conflict and the fights to break chains, something as old as this country.