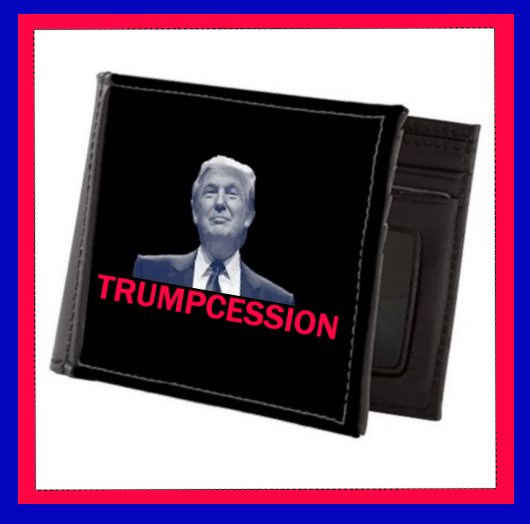 There is a definite, notable “Trumpcession” syndrome emerging within the U.S. economy. Transnational organizations and think tanks predict that within half a year, the global economy will sink into a large-scale recession.

In August, Donald Trump stated that he would raise tariffs by 10% effective in September on the remaining $300 billion worth of Chinese imports that haven’t yet seen tariff increases. International think tanks estimate that after four to six months of higher tariffs on Chinese goods, the global growth rate will fall below 2.8% at year’s end, its lowest level in seven years. This is the “Trumpcession” effect. Although Trump’s quantitative easing, lower interest rates and expansive financial policy could be implemented within the year, the global economy will be unable to avoid falling into a recession before the fourth quarter.

The data demonstrate the impacts of the “Trumpcession” effect. In July, U.S. business confidence and industrial economic activity continued to slow into the third quarter. The global Purchasing Managers’ Index and production indexes have also experienced contraction for two consecutive months, reaching their lowest levels since the financial crisis of 2007-2008.

On Aug. 14, the U.S. stock market, a leading indicator of the global economy, experienced its heaviest loss since 2009. This sudden downturn was sparked by a long-standing superstition on Wall Street: When government bonds show an inverted yield curve, a recession is not far behind.

In one recent example of this phenomenon, the large dumping of bonds in mid-August was set off by the interest rate inversion at the time, where the yield of the 10-year Treasury bond (1.584%) was lower than that of the 2-year bond (1.587%). Over the past 50 years, similar phenomena have forecast six large U.S. economic recessions. In March, Robert J. Shiller, recipient of the Nobel Memorial Prize in Economic Sciences, asserted that the probability of an economic recession occurring in the U.S. within the next 18 months is high.

What’s shocking about this “Trumpcession” is that the long-term yield has already dropped several times, even though yields haven’t reached half of last autumn’s level. This plummeting long-term bond yield has caused the gap between the short-term and long-term yields to shrink to the same level as the beginning of 2007, just before the financial crisis.

The U.S. economy is tightly connected to the global economic system. Data show that the correlation between the U.S. stock market and the global stock market has climbed from 20% in 1999 to 69% in July. Meanwhile, U.S. foreign assets and debts have multiplied from 84% in 1990 to 304% in the first quarter of this year. However, based on purchasing power parity, the U.S. only accounted for 15% of global gross domestic product in the first of this year, down from 22% in 1990. This shows that the burden the “Trumpcession” places on the world economy could seriously come back to hurt the U.S.

Now more than ever, the Hong Kong factor can’t be neglected. As a hub of foreign investment and exportation, if its position is challenged, the negative effects on the growth of the Chinese and global economies are enough to make one shudder.