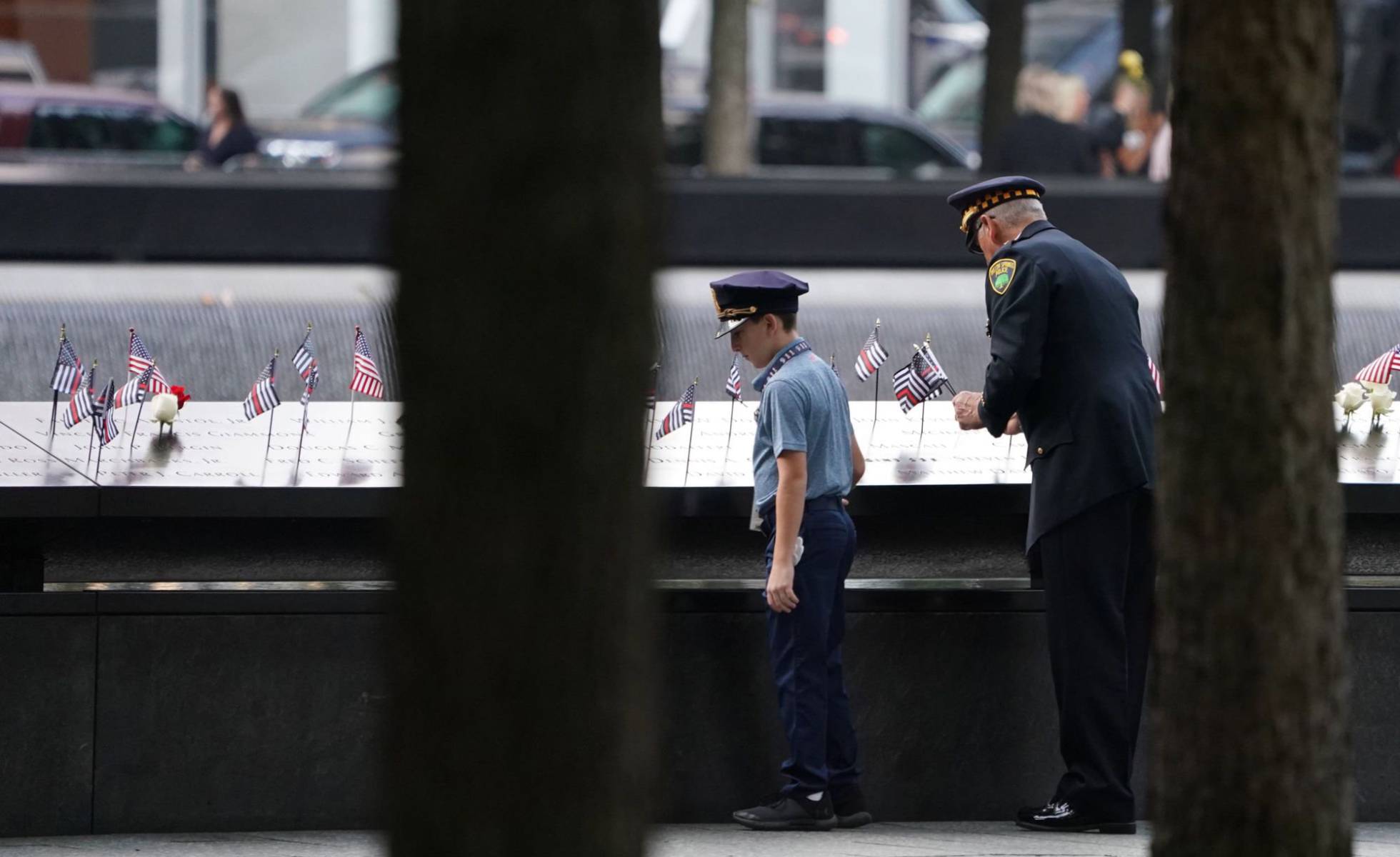 New York remembers the emergency rescue workers who died from inhaling toxic particles released by the twin towers after they fell.

New York paused six times on Wednesday to observe a moment of silence in commemoration of the Sept. 11 attacks on the twin towers. During the ceremony, at the bottom of the Freedom Tower, the names of the 2,983 people who died were read. This has been the tradition for years. But 18 years after the attack, people continue to die in the city of skyscrapers.

This year’s ceremony was the first one that included a section dedicated to firefighters, police and other rescue workers who died after 9/11 due to diseases caused by toxic particles that were released after the buildings collapsed. Their names are engraved in six granite slabs, the same material that borders the waterfall built in the place that the towers once occupied.

Last July, Richard Driscoll became the 200th firefighter to die because of a disease associated with 9/11. He was a firefighter for three decades before he retired in 2002. Kevin Nolan also passed away last summer. Neither hesitated to come from Harlem and the Bronx to help people and to participate in the rescue efforts. There they stayed until the end.

“It remains inconceivable that now, 18 years later, we continue to lose loved ones,” lamented Daniel Nigro, chief of the New York Fire Department during a ceremony held last Friday to remember the 22 agents who died during the past year. And the number will continue to grow, because it is estimated that 343 more people will die. “That is the reality,” he said to family members.

Congress has just passed legislation to ensure that the fund created to assist people who participated in rescue efforts continues to receive money. The legislation is named after James Zadroga, who also died days after the law was adopted following intense debate. Thousands of people worked for nine months at ground zero looking for remains.

“On the darkest day of our city,” recalled Mayor Bill de Blasio, “thousands of employees responded to the call. They did not hesitate. We need to be there for their families, now and always.” To date, more than 440 deaths have been recorded among emergency personnel due to inhalation of the toxic particles. There are 51,000 people who have claimed some kind of compensation from the fund.

Rubén Correa’s family does not even have a body to watch over. The fireman ran to ground zero, heading in the opposite direction of those who evacuated lower Manhattan to the north of the island or Brooklyn. He is one of the almost 1,100 deaths that was caused by the collapse of the twin towers whose remains were never identified. His family attends the ceremony because they know he is still there.

Kenneth Marino’s mother was one of those who participated in the 18th anniversary ceremony reading the names of the victims. “To be a firefighter is not a job,” she said, “it is a calling. No one does what they do, especially in 9/11. My son is one of those who died, but his spirit is still alive.”* She admits that the length of time that’s passed has not helped to alleviate the loss.

So that new generations do not forget, for the first time, New York schools held a minute of silence to commemorate 9/11. The youngest students were told that the moment of silence was to honor the people who responded to an emergency that day. The details of the historical event were explained to the oldest students.

The oldest students at the school were newborns in 2001. “We owe it to all of those we lost and the countless heroes who ran into danger that day and the days that followed,” Gov. Andrew Cuomo said. “By establishing this annual day of remembrance … we will help ensure that we never forget not only the pain of that moment, but the courage, sacrifice and outpouring of love that defined our response.”

*Editor’s note: Although accurately translated, the source of these quoted remarks could not be independently verified.