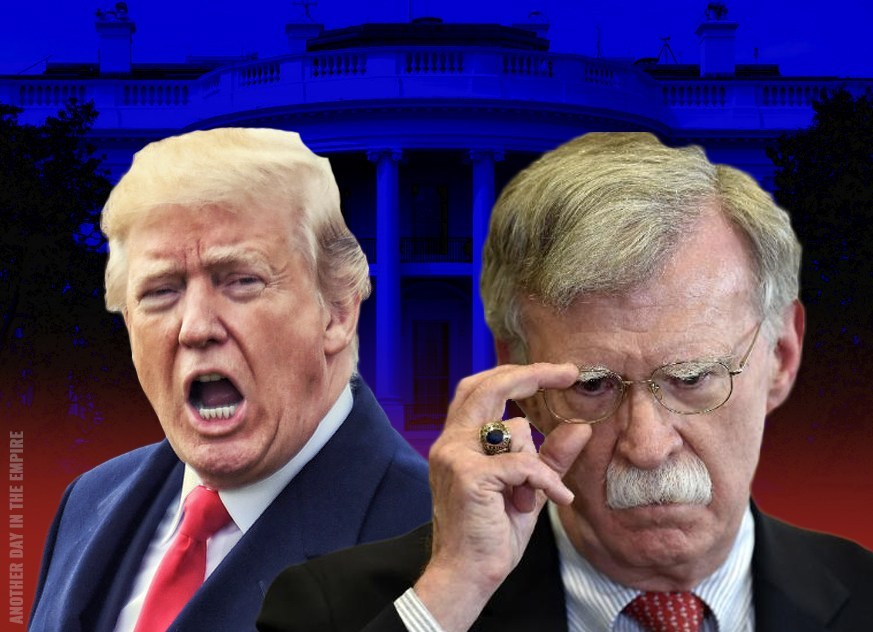 Donald Trump has got rid of his national security advisor, John Bolton. While some may see it as a sign of instability on the part of the American president, for essayist Hadrien Desuin, this decision demonstrates his independence, an attitude that could pay off in the next election.

“I informed John Bolton last night that his services are no longer needed at the White House. I disagreed strongly with many of his suggestions, as did others in the Administration, and therefore asked John for his resignation, which was given to me this morning.”

Bolton, who had already been publicly denounced several times, is said to have resigned the day before the presidential tweet. The fiasco of negotiations with the Taliban, which were due to take place with great pomp and circumstance at Camp David a few days before the anniversary of 9/11, was the straw that broke the camel’s back. “Others in the administration” only have to behave themselves.

Loyal to his reputation as a tireless hawk, Bolton was in favor of an extremely hard line on Iranian, Korean, Chinese and Israeli issues. His positions were so predictable that his master openly mocked them. He was finally more listened to when Trump watched the editorials on Fox News, at a time when the American president had to reassure his camp, just a few weeks before the midterm elections to Congress. But the president wasn’t the only one complaining about Bolton. Mike Pompeo, the secretary of state, despite taking the same line, sought to dismiss him. A classic: The relationship between the head of foreign affairs and the [national] security advisor has always been difficult throughout the history of the United States.

Bolton realized that it was easier to advise the president from outside the White House, rather than inside. Was it not Tucker Carlson, Fox News’ star journalist, who, in an editorial, persuaded the president not to bomb Iran?

Trump loves to surround himself with hawks − just think of CIA boss Gina Haspel, or the new secretary of defense, Mark Esper. But, paradoxically, he wants to negotiate peace almost everywhere. Even on Iran, Trump seems still open to new ideas. As for Russia, he does not hide his admiration for Vladimir Putin. Trump acts as if he likes putting forward aggressive members of his staff to play the role of mediator and conciliator. It would not be surprising if Bolton’s successor were just as much in favor of aggressive foreign policy. The role is not easy, because it is so difficult to follow the presidential line, so long as the president likes to rattle his entourage and prove to them that he can form his own opinion.

Trump isn’t looking for his Henry Kissinger, the skilled [national] security advisor in whom Richard Nixon placed all his trust. He will soon be using a fourth counselor in less than four years, not counting interim staff.

But politically, he knows that his attitude pays off. His voters elected him alone, not his advisers. By regularly sacrificing staff, the American president proves to Americans that he has authority over the “Deep State.” Through him, the American people remain in control. And he will know to remind them of that in a year’s time, for his reelection.