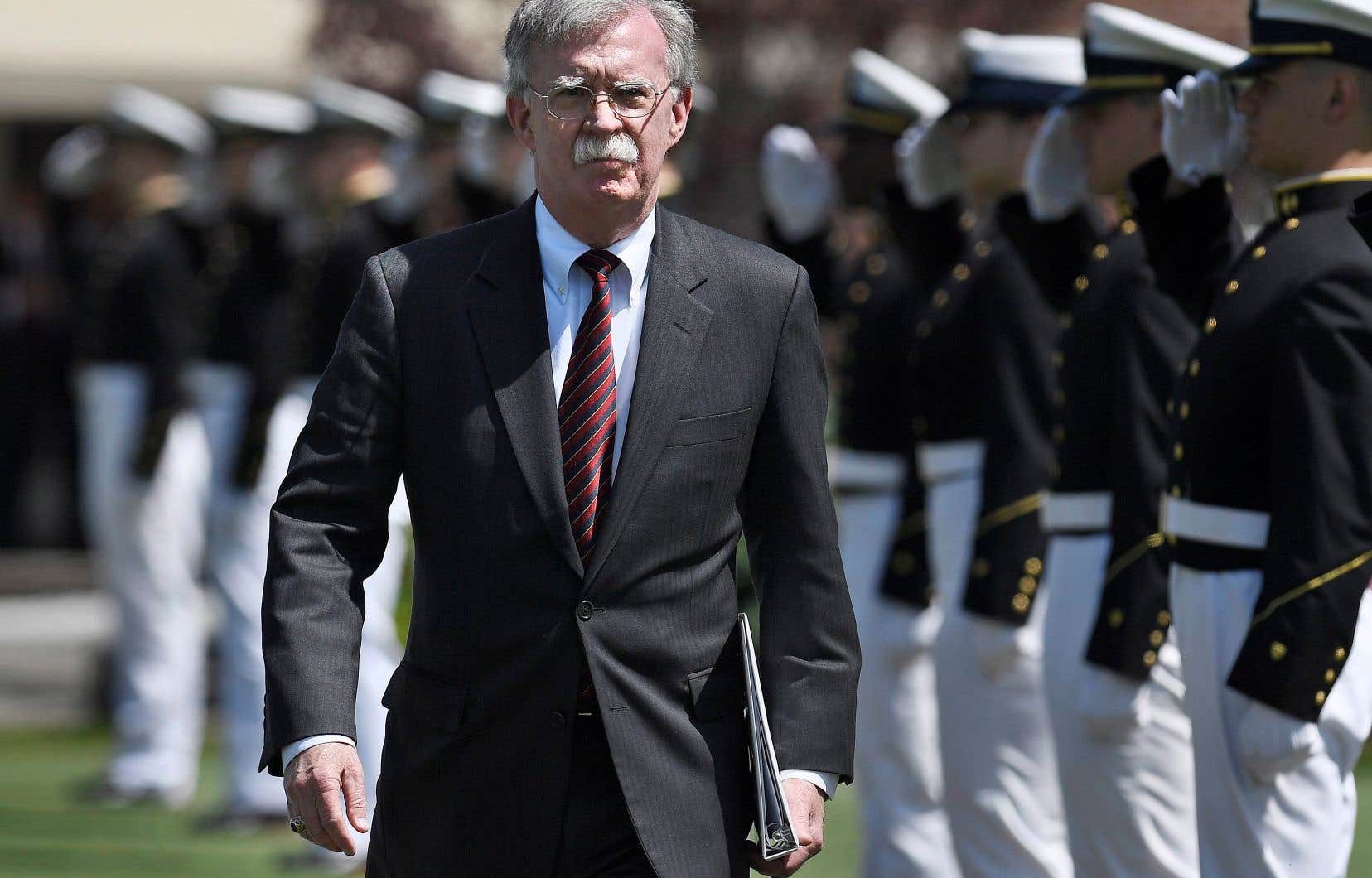 It’s been written in the stars since springtime. National Security Advisor John Bolton’s days were numbered since he contradicted the president on most hot-button foreign policy issues (Iran, North Korea, Venezuela and Afghanistan). Bolton was the architect of his own downfall. But reading the news coverage of Bolton’s departure, you might think that he is just the latest victim of the mood swings of a constantly improvising president who has broken all records when it comes to staff turnover in the executive administration.

Yet Bolton, the hawk who brought us the neoconservative rhetoric of “rogue states” and the “troika of tyranny,” is also largely responsible for his dismissal. As national security advisor, he lived and died by the sword. Here are the reasons for his departure.

Known for his bellicose ideas, his stubbornness, and his uncompromising bureaucratic maneuvering, Bolton did not make friends in the Trump White House.

Whether it’s an altercation in the Oval Office with former Chief of Staff John Kelly or the spread of rumors about former Defense Secretary James Mattis’s imminent departure, the anecdotes about his abrasive style are numerous. His peculiar methods also rankled current pillars of the administration, like Mick Mulvaney, the White House’s acting chief of staff, and Secretary of State Mike Pompeo. Pompeo could barely conceal his smile at the press conference following the announcement of his rival’s departure.

Unlike Pompeo, who won Trump’s confidence by defending his incoherent foreign policy, Bolton refused to compromise his rigid goals on the use of U.S. military force to docilely support his president’s constantly changing positions. The most striking example came in early July, when Trump visited the demilitarized zone between the two Koreas for an impromptu meeting with Kim Jong-un to pursue his policy of openness with Pyongyang. Rather than accompany his boss for this historic moment, Bolton chose to express his disagreement and keep his distance from what he thought was a doomed policy. He went to Mongolia for a previously scheduled diplomatic visit.

Relations with Iran also increased the tension between the two men: Bolton argued in favor of strikes that Trump canceled at the last minute in June, and he was opposed to the idea of a summit between Trump and Iranian President Hassan Rouhani. These two cases illustrate how deep the disagreements have been between the former advisor and the president. But is the problem just a clash of ideas? Bolton’s departure reveals a deeper problem that speaks to the very role of a national security advisor in the Trump government.

In itself, disagreeing with Trump and above all expressing it publicly, as Bolton often did in interviews or on Twitter, represents a major affront to a president who demands a level of loyalty from his subordinates that borders on sycophancy. But beyond differences in ideas, Bolton has never enjoyed a strong personal relationship with Trump, unlike other close political advisors, such as Stephen Miller and Jared Kushner. Although Trump chose him to replace H.R. McMaster in April 2018 because he appreciated his interjections on Fox News and wanted to surround himself with people in favor of tearing up the 2015 Iranian nuclear deal, he never really appreciated Bolton, whose appearance he openly critiqued—an under-trimmed mustache—and his ideas; Trump has said he was holding back his hawkish advisor from his desire to start a new war.

But how could a clever bureaucratic manipulator of Bolton’s caliber be so easily disabled in the last few months?

Anxious to exercise near-absolute control over foreign policy formulation and profiting from the fact that he was still relatively in Trump’s good graces, the former advisor quickly dismantled the formal decision-making process that his predecessor, McMaster, had set up. By concentrating policy formation in the hands of a small group of loyalists who he had positioned in various key posts at the National Security Council, Bolton exerted tremendous power over the decision-making process, for a time. For example, he succeeded in circumventing Trump’s December 2018 announcement that U.S. troops would be withdrawn from Syria.

Bolton also implemented a policy of maximum pressure on Nicolas Maduro’s regime in Venezuela and even convinced Trump to support a failed coup attempt that occurred at the end of April 2019. Admittedly, when his preferences coincided with those of the president, he could achieve long-standing goals, like the withdrawal from the 1987 Intermediate-Range Nuclear Forces Treaty. But in the end, Trump began to find Bolton cumbersome.

Although dismantling the decision-making process mostly benefited the former advisor, this change also alienated Bolton from his colleagues and provoked a quasi-coalition of them against him. They used his disagreements with the president as a pretext to convince Trump to get rid of him. Bolton was a victim of his own ambition, but above all he created the decision-making conditions that precipitated his ejection.

Some advice for his successor: you must unconditionally love Donald Trump and put your own convictions aside.