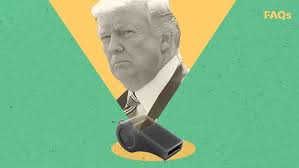 In July of 2017, I wrote a column titled “Trump, the Heir of Nixon,” where I mentioned a review of the reprinted Spanish version of the book by Carl Bernstein and Bob Woodward called “All the President’s Men,” about the Watergate scandal. Although the stories of Richard Nixon and Donald Trump take similar twists and turns, Nixon and Trump started in different positions. Nixon was a Quaker lawyer who lived politics from a young age, losing a presidential race against John F. Kennedy, then beating Hubert Humphrey and George McGovern, the last race occurring after the Watergate scandal had begun.

Trump is from another planet to the point that some consider him a lunatic. He is someone who worships fame, money and power, and who lacked any previous campaign experience before his election. With Nixon, politicians used his impeachment to cover up all kinds of dirt that arose, while Trump, who represents the anti-establishment, is using impeachment for his benefit.

But Richard and Donald, as mentioned in that column, are like brothers now that the smell of impeachment has been wafting above Washington once again, where Washington has been ready to act if President Trump angers the establishment too much. Well, as it turns out, the prophecy has been fulfilled and Trump has done just that.

Article 1 of the U.S. Constitution provides that a president can be impeached by the House of Representatives for high crimes and misdemeanors. The Senate is then responsible for trying the president, and upon conviction, can order the president’s removal on the grounds that he is unfit to execute his public duties.

The House of Representatives has now begun an impeachment inquiry into Trump after a whistleblower revealed that Trump called the president of Ukraine seeking information about presidential candidate Joe Biden’s business dealings and those of Biden’s son, Hunter, for Trump’s political purposes. The call came shortly after Trump froze hundreds of millions of dollars in military aid to Ukraine.

According to critics, this was an illegal attempt to pressure a foreign government for incriminating information on a political rival. The White House believes it was nothing more than a “normal” phone call between two leaders.

If politics were serious, Trump would not win reelection, not only because of the impeachment inquiry, but because he acts like a millennial who skips school to make trouble and then tweets about it. But politics is not a serious business, a feeling so true that candidates often cite Salvador Dali, who said, “What’s important is that people talk about you, even if they only say good things.” That is, the important thing in winning an election is to have publicity regardless of whether it is negative or positive.

So, it looks like Trump himself could have been the whistleblower, because impeachment is good for publicity and will make him look like a hero who fought back the slander of his wicked adversaries given that it is unlikely he will be convicted by the Senate. Only two U.S. presidents were tried on articles of impeachment: Bill Clinton in 1998-1999, and Andrew Johnson in 1868. Both were acquitted. It will take a two-thirds vote of the Senate to convict Trump, but the Senate is held by a majority of Republicans.