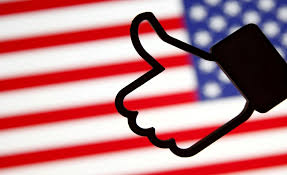 The United States is in the midst of preelection fever. For a few days now, public opinion has been electrified by four topics: the presidential campaign, Facebook, Trump and millions of dollars. Yet again, the current president and a social network based in Palo Alto have become scapegoats.

Why? After the 2016 presidential race, Facebook was heavily criticized for how easy it was to manipulate the elections. On Oct. 8, the Senate Intelligence Committee adopted a report accusing Russia of organizing a campaign of manipulation. Facebook itself considered disinformation and the mechanics of political advertising to be its most significant problems. “Fake news” spread much faster than true information, and in the end, hardly anyone could distinguish between the two. The Russians, in contrast, paid for advertising that resulted in social polarization.

Accordingly, Facebook came to the following conclusions: it decided to hire an army of people to delete false accounts that were most often generating false information, and it hired fact-checking firms that warned against fake news. It also decided to introduce restrictions on political advertising that required such advertising to be funded by authorized sources. For example, in order to buy a political ad in Poland during the Polish elections, Facebook required that the buyer prove it had the right to conduct an election campaign in accordance with Polish law.

Facebook recently deleted an ad created by the Donald Trump campaign calling Trump opponent Joe Biden a prostitute, saying that the use of such epithets offends community standards. And yet, the site came under fire again because it decided that politicians were allowed to place false advertisements, ironically, because of their informational value.

When Trump wrote that Biden promised the Ukrainians $1 billion to oust the attorney general who was investigating Biden’s son’s business, Facebook allowed the Trump campaign staff to advertise this online. Opponents demanded its removal, recalling that several independent institutions had confirmed the allegation was a lie. Facebook, however, said it could not allow institutions to censor the statements of democratically elected politicians.

Both sides of the argument have a point. Critics say that the world’s largest internet platform is becoming a tool for spreading lies. (Trump’s campaign has spent more than $1.5 million on Facebook ads slandering opponents in the last five weeks.) On the other hand, one can also understand that the website does not want to take on the thankless role of censor, because it is a private company and not a court of law. And there would inevitably be charges that Facebook was biased and that certain lies would bother the censors more than others.

We can see that neither solution to the problem is appropriate. Perhaps it is high time to look for the real source of of the problem. Do social media sites really have to solve today’s problems? Maybe they themselves have become the problem. There are already certain voices in the U.S. that argue that if Facebook does not want to take responsibility for the ads it displays, it should stop selling them. Or maybe the problem goes even deeper. Maybe it’s all about how new media influence politics. Today we know what tools disreputable people used three years ago. Let’s not be naive and believe they will give up on plotting evil schemes this time.