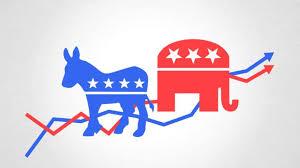 The more the Democrats and the Republicans tear each other apart, the more irreparable damage they will do to America’s image abroad.

While Democratic Party supporters and implacable opponents endlessly insult the president of the United States, an important and far-reaching consequence sits on the sidelines. Namely, a powerful blow to the prestige of the United States, not only in the international media, but also in the eyes of U.S. citizens themselves. In this case, the damage is certainly not being done by malicious Russians or the treacherous Chinese.

It is worth highlighting three key points here which suggest that the longer this bickering continues between Donald Trump and his political opponents, who hate him with a passion, the more persistently it will undermine even the most minimal amount of the country’s prestige. Even in America, the number of people who have decided not to participate in the presidential elections next November is growing every day. And if they do turn up at the polls, they will vote for anyone other than a candidate from one of the two major parties.

First, never in the history of the United States, and that is a matter of just over 230 years, has there been such vehement, hideous, and simply offensive harassment of a president as that which has taken place over the last three years. Regardless of what people have said and thought about Trump, regardless of the latest blasts from his enemies and haters, he is the president of the country.

The ordinary Americans that I have spoken to are just astounded by this frenzied campaign to do as much damage as possible not so much to the prestige of Trump personally, but to the prestige of the presidency, which, in many ways, is sacred in the United States. If you’re constantly hearing about how either a Russian or Chinese, or now even a Ukrainian spy is inhabiting the White House, on the radio, on TV, or reading about it on social media and in the newspaper, then it is logical to ask how this could have happened. Where have the police and the FBI been looking all these years? How did he, an enemy of America, manage to get to the highest office in the state?

The second point concerns the clinical shortsightedness of the current ruling class in America, who, in a desperate struggle for power, are prepared to sacrifice – no, not the status and prestige of their current president, but the prestige of their own country. Half a century ago you could do anything in America and very few people in the world would have known about it. Now, every time even the most ordinary congressman sneezes, someone who is slinging mud at Trump and accusing him of every thinkable and unthinkable sin, it is widely heard and repeated in the farthest corners of the planet.

What is equally important is that Trump’s control in the U.S., which hasn’t diminished over the last three years, along with the natural mess surrounding the highest position in American government, has given new strength to America’s outspoken and hidden “strategic partners” from China and Russia to North Korea and Iran, and inspired them to “teach America a lesson.” After all, if they (i.e., the Americans) cannot create some basic order at home, then what right do they have to impose their values and teach others how to live elsewhere?

And third, by engaging in each other’s self-destruction, the Republicans and Democrats are not only destroying today’s image of the U.S. as a weakened but nonetheless very influential world leader, they are guaranteeing a most powerful blow to the prospects of any sane policy for the foreseeable future. And this does not depend on who becomes the next leader of the U.S., the country will be so weakened by the polarization of the American public, which has reached unprecedented levels, that there will be an immediate effect on the lives of all countries beyond America’s borders as well as an effect on America’s domestic development.

There is no point, in my opinion, in disassembling the details of all the ridiculous accusations that are being leveled at the leader of the American government every single day. It is important that these accusations are not repeated either by America’s foreign enemies or by those individual U.S. citizens for whom Trump is the devil incarnate, and the personification of everything bad that one can imagine.

But there are those who voted for Trump three years ago, and indeed many others who have not yet made up their minds, who will look at TV and listen to all the inflammatory speech from the entire cohort of Democratic congressmen about the alleged threat to national security due to Trump being an “agent of the Kremlin” in presidential disguise, and will simply go to the polling stations in a year’s time and vote for him again, as objectionable as that sounds to Trump’s opponents.

Indeed, you can disagree with how the president of a country solves this or that problem. You can choose not to support him at election time and vote for somebody else. You can even decide not to vote. (There are no penalties for this in America.) But turning a desperate struggle for power into what is essentially a mockery of the country … without exaggerating, this is unprecedented in U.S. history.

For those who wish evil for America, such a development of events is probably gratifying and provides unmitigated pleasure. What is bad for the U.S. should, theoretically, please its opponents. But considering the financial, economic, trade and military weight which this country wields globally, the political chaos that is enveloping America could severely damage the interests of absolutely every country on earth.

It may well be that, what from the outside seems like a purely internal battle between two powerful parties in the U.S. will cause colossal damage not only on the home front, but also beyond America’s borders. And then, it will be humiliating not just for true American patriots, who were raised to worship America’s glory, but also for those who, for the sake of power, are prepared to give up the most important thing that any country has: the respect, first and foremost, of its own citizens. Well, and maybe that of everyone else.