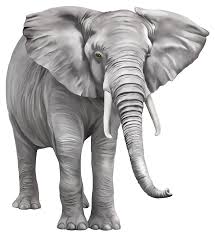 Rarely have we seen a Mexican government so pressured by the president of the United States and so acquiescent to his demands, like the one we see today − that is, the one we have seen since the threat to impose tariffs on Mexico forced our government to change its policy toward Central American migration.

Mexico went from offering a fraternal welcome to migrants to deploying the National Guard under the new policy of “they will not pass.” The battle of Culiacán* and the multi-homicide of the LeBarón family** caused an escalation in U.S. pressure, not only from President Donald Trump but also from the media and Congress, toward a new era of security demands in Mexico and a new era of “solutions” from the U.S., among which limited military intervention has been mentioned.

Mexico’s response seems entangled in its own weaknesses. It cannot play hardball against the threat of the tariff hike because of an economy so weak that Trump’s announcement, alone, would have broken the precarious financial and exchange balances.

Mexico has been incapable of a response to U.S. alarms and threats related to security, simply because it has no solutions to offer: neither to retaliate for the defeat in Culiacán, which would call for striking the Sinaloa cartel, nor to solve the LeBarón multi-homicide, which would require investigation and territorial control over a geographically dense and complicated geographical area, interlaced with crime.

The government has no answers to the facts that have made the signs of a failed state reappear. Nor does it have a convincing security strategy to offer − a weakness added to the overall tactical weaknesses. The cost of U.S. pressure has been high for Andrés Manuel López Obrador’s government and will continue to be so.

The expected approval of the United States-Mexico-Canada Agreement in the coming weeks could offer great relief. But Trump’s election campaign is on the horizon, with Mexico as one of his favorite discursive piñatas, which does not bode well. Once again, we are sleeping with the elephant, and the elephant is restless, because we have caught his attention twice in a year; he has turned to see us and turned back ….

**Translator’s note: Nine members of a family with U.S. and Mexican citizenship were murdered on Nov. 4, in the state of Sonora, allegedly by drug cartel members.

About Patricia Simoni 68 Articles
I first edited and translated for Watching America from 2009 through 2011, recently returning and rediscovering the pleasure of working with dedicated translators and editors. Latin America is of special interest to me. In the mid-60’s, I was a Peace Corps volunteer in Chile, and later lived for three years in Mexico, in the states of Oaxaca and Michoacán and in Mexico City. During those years, my work included interviewing in anthropology research, teaching at a bilingual school in the federal district, and conducting workshops in home nursing care for disadvantaged inner city women. I earned a BS degree from Wagner College, masters and doctoral degrees from WVU, and was a faculty member of the WVU School of Nursing for 27 years. In that position, I coordinated a two-year federal grant (FIPSE) at WVU for an exchange of nursing students with the University of Guanajuato, Mexico. Presently a retiree, I live in Morgantown, West Virginia, where I enjoy traditional Appalachian fiddling with friends. Working toward the mission of WA, to help those in the U.S. see ourselves as others see us, gives me a sense of purpose.