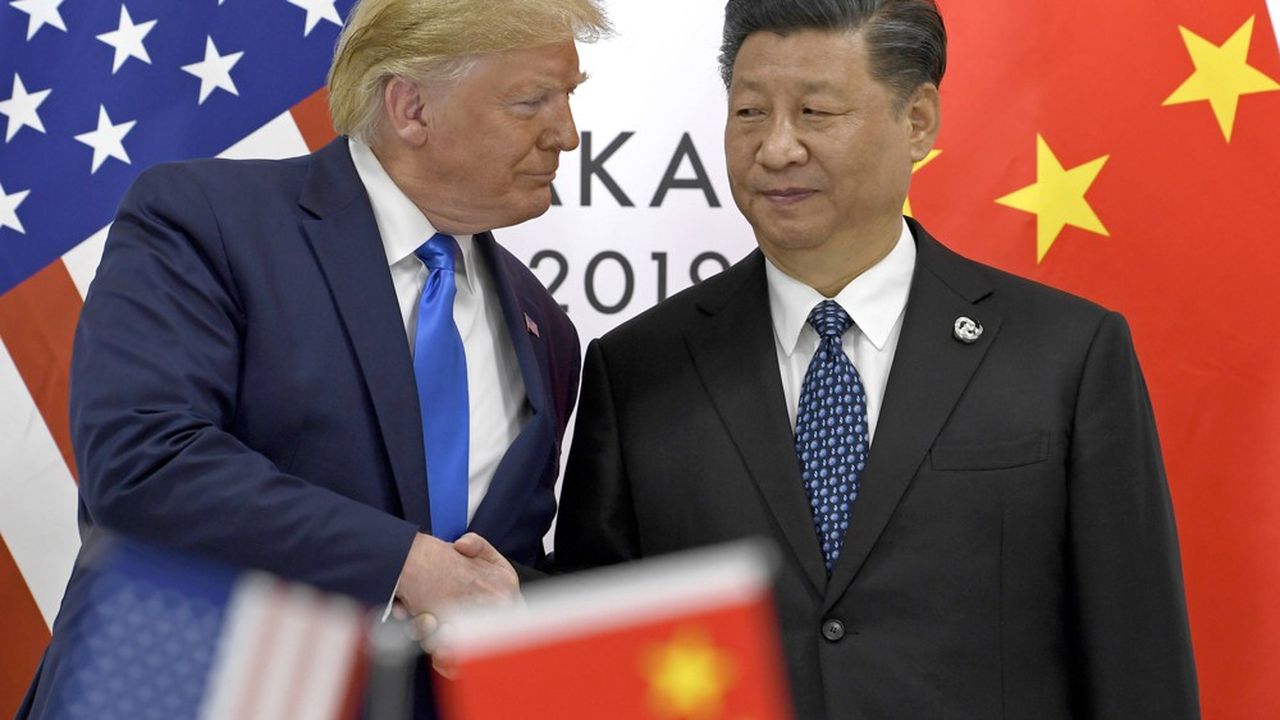 The great weakness of the American economy is not its Chinese adversary, but its expansionist and procyclical budgetary policy, which makes Donald Trump one of the best disciples of Keynes, according to Jean-Marc Daniel. It is a policy that is leading to a dangerous accumulation of debt.

The news has recently been focused on the “trade war” between the United States and China. For this pair, for whom we have taken to using the neologism, “Chinamerica,” Donald Trump’s protectionist policy is weakening an equilibrium that was established in the 1990s, turning China into the low-cost production floor and the United States into the outlet for this production.

In fact, between 1990 and 2000, China accumulated a record trade surplus, thanks to exports to the United States, which itself simultaneously accumulated a record deficit. In all appearances, this condition persists, because in 2018, $420 billion of the United States’ $620 billion trade deficit was the result of bilateral trade with China. In theory, this situation created two victims: First, in order to stay competitive and preserve China’s market share in the American economy, the Chinese consumer was obliged to accept low wages, limiting his or her purchasing power; second, the American producer was forced to give way to his or her Asian counterpart, for whom the cost is lower, in order to maintain a steady increase in purchasing power for his or her country’s middle class. As a result, Chinese-American equilibrium is unstable, with the victims having an interest in challenging it.

In China’s case, this has led to an increase in wages and incomes, the consequence of which has been an increase in imports. Since the 2008-2009 recession, Chinese exports have increased by about 75%, while imports increased by 125%. Despite its significant trade surplus over the United States, China is now struggling to balance its external accounts. It has gone from having a current account surplus of 10% of its GDP in 2007 to a likely deficit in 2020.

For the United States, the challenge comes in the form of an insistent call for protectionist measures targeting China, from a significant portion of the public whose chaotic policy Donald Trump wants solidified.

As much as the Chinese evolution appears natural – the working population has fully benefited from the growth in the form of rising consumer standards – so too does the American administration’s misguided policy. Indeed, the latter understands protectionism as a form of punishment for its Chinese partner – and incidentally for its other trade partners, notably Europeans – when it would turn out to be life-saving for growth and employment. In doing so, the U.S. ignores or pretends to ignore that the problem with the American economy is not external competition but an excessively expansionist and largely procyclical (which is to say disconnected from situational fluctuations) budgetary policy. The American public structural deficit (that which is outside the necessities of situational regulation) is today higher than 5% of its GDP, a level which has worsened under the Trump administration but which is not new.

The institutionalization of this structural debt in the American economy has three major consequences: The first is to create high demand, which partly sustains the employment rate but which increases the flow of imports; this means that the American external deficit does not reflect a more or less insidious Chinese commercial aggression, but an excess of American consumption clearly maintained by recurrent tax cuts and poorly controlled public spending. The proof is that Washington’s actions towards China are a repetition of those used not long ago against Japan in the 1980s and Germany in the 1960s. Each time, the preferred supplier of American consumption is accused of destroying the productive fabric of America and threatened with retaliation in the form of higher tariffs or higher exchange rates.

The second is to reassure American businesses of their prospects. This limits their incentive to innovate and leads to a slowdown in productivity gains that hampers longterm growth and is now perceived by leaders and experts to be a major problem.

The third is to inflame the doubts of the American people who react and respond to each new increase in the public debt with additional saving. If this phenomenon, which economists call the Ricardian equivalence, has remained insensitive for a long time, it has trended toward settling and growing since Donald Trump’s arrival in the White House.

This policy, Keynesian in that it puts the budgetary deficit at center stage and populist in that it pins the blame abroad – and principally on its main supplier – for all these evils, is on its last legs. China has no reason to accept America’s sabre rattling, unlike Germany and Japan, who had to endure it in the past. And the downward trend of American growth, which feeds claims of “secular stagnation,” shows that this Keynesian populism leads to an accumulation of useless and dangerous debt.

It is therefore urgent that American leadership remember one the favorite maxims of John Adams, their second president: “There are two ways to conquer and enslave a country. One is by the sword. The other is by debt.”