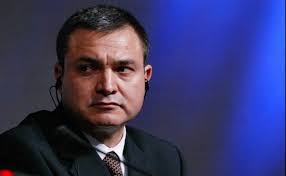 The U.S. used Genaro García Luna and now wants to exploit him.

In order to understand the new show from Brooklyn, you have to remember the following axiom: The U.S. does not combat drug trafficking; it manages it, according to its geopolitical interests. These changes, depending on the circumstances, have one constant: consolidating its supremacy, especially among the countries of the continent. And this begins with Mexico, its neighbor with whom it shares a 3,000-kilometer border (approximately 1,864 miles), the longest border between an economic superpower and a developing country.

A few months ago, the U.S. establishment used “El Chapo” Guzmán for that purpose. Now, in a related trial – let’s call it a new season of the same series – they will do the same with Genaro García Luna. He is accused of protecting El Chapo’s gang, the Sinaloa cartel, in exchange for millions in bribes. The next person in the sights of the American agencies will come from the names being shuffled around in this new trial. That is the modus operandi.

Over the past 20 years, these American agencies have had the chance to arrest or kill El Chapo and to arrest or kill Genaro García Luna, whom they are accusing of trafficking cocaine to New York. They did not, because they were not interested in doing so and because both of these figures were useful for their global strategy. They no longer are.

I pose a question that may seem naive but makes things clear. Does the U.S. establishment really want to stop the sale of cocaine in New York City? The answer is no; it is in their interest to have cocaine in New York, but with a process that they ultimately control from the mountains of Bolivia to the gangs of New York through the Mexican cartels that operate in Matamoros and Nuevo Laredo.

The United States’ objective with García Luna is to strengthen its bargaining position with Mexico. It will offer him an advantageous agreement so that he “spills the beans,” collaborates with the U.S., becomes a protected witness and uncovers the network of political accomplices around the Sinaloa cartel and other criminal organizations that he knows inside out.

It seems to me that the U.S. has all means of uncovering the operations of cartels in Mexico, as well as those of its partners in the U.S. In order to appear to be addressing the issue, it occasionally makes an arrest, as long as it does not cut off the flow of drugs. Stories circulate through American agencies that this governor or that drug lord has been depositing millions in American banks. The U.S. does nothing, because it wants dirty money to be laundered in the American financial system. Not only does it not want to arrest them, but if it could, it would pay homage to them for being benefactors of American banking.

It must be stressed that the current plan for combating drugs is a worst-case scenario for Mexico. As a country we will lose completely. Drug consumption within the country is increasing, the number of fatalities continues to increase, authorities are being corrupted, institutions are falling short and the Americans are even more deeply involved. If we do not do something to change this plan, we will get closer and closer to collapse.

In this case, the first blow to Mexico was once again to display the weakness of the Mexican institutions responsible for seeking and imparting justice. They are simply unable to handle a figure of García Luna’s stature. The Americans have done the job of arresting him, monitoring him and prosecuting him, because we could not.