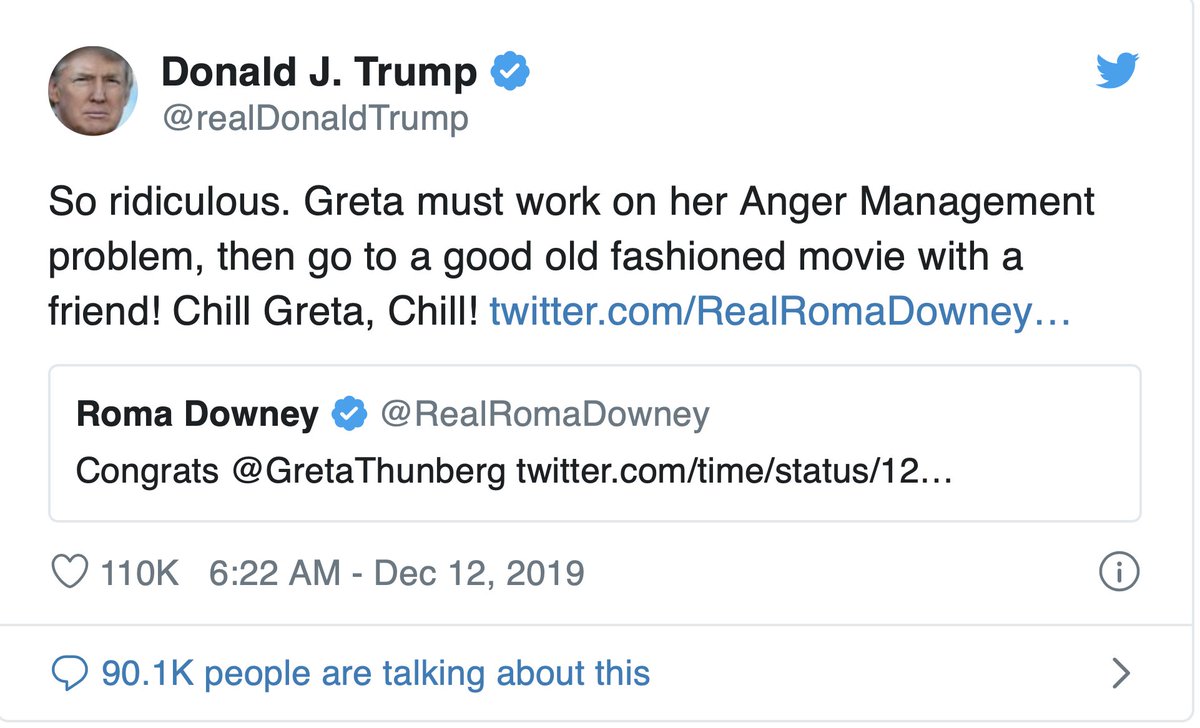 The president posted over 100 tweets the day of the House Judiciary Committee’s marathon discussion regarding the two articles of impeachment.

The clock had not yet struck 10 a.m. on Thursday by the time Donald Trump had tweeted and retweeted 87 times. At midday, during a White House event, Trump told his guests he was having “a very busy day.” The battery of tweets from the U.S. president in the morning served as a precedent for what would come to be a record number of tweets since he took office. The 123 tweets in less than 24 hours coincided with the House Judiciary Committee’s marathon discussion of the two articles of impeachment: abuse of power and obstruction of Congress.

Trump broke his own record last Sunday when he tweeted 105 times. The majority of the tweets posted by the president were video clips of Republican legislators and experts dismissing the removal process spearheaded by the Democratic Party. During the 14-hour discussion by members of Congress, the president also described the process as a “hoax.” Finally, first thing this morning, both charges passed with the support of the 23 Democrats present on the committee. The 17 Republicans present were opposed.

According to The Washington Post, peaks in the number of tweets posted by Trump are directly related to the fights that are most important to him. The American newspaper, which has monitored the Republican’s daily posts on social media since he announced his presidential campaign, reported that in June 2015, Trump tweeted much more than usual, just as he received an avalanche of criticism for comments he made against Mexican immigrants. During the Republican primaries, he maintained a relatively slow, steady rhythm, up until the final month of the campaign when he started up again. Something similar occurred during his first year in the White House, until the start of the midterm elections. In April of this year, the month the report on Russian interference in the 2016 election was published, Trump tweeted with great intensity, just as he did while campaigning. And now, with the impeachment, he has broken his own record twice in less than a week.

The 74-year-old president’s criticism of the young girl, who symbolizes the fight against climate change, caused the “Be Best” campaign against cyber-bullying led by first lady Melania Trump to become a “trending topic” (one of the most popular) on Twitter. People on Twitter commented that the first lady, the White House and the Republicans criticized Pamela Karlan, a law professor at Stanford, the week before for a comment she made about Barron, the teenage son of Trump and Melania.

“Contrary to what President Trump says, Article Two [of the Constitution] does not give him the power to do anything he wants, and I’ll just give you one example that shows you the difference between him and a king, which is the Constitution says there can be no titles of nobility, so while the president can name his son Barron, he cannot make him a baron,” said Karlan, in a play on words. “A minor child deserves privacy and should be kept out of politics,” wrote the first lady in reply. “Pamela Karlan, you should be ashamed of your very angry and obviously biased public pandering, and using a child to do it,” she added.

About Hannah Bowditch 100 Articles
Hi, my name is Hannah. I am originally from UK but currently residing in Montreal, Canada, working in a bakery and trying to brush up on my French! I hold a Masters degree in Translation from the University of Portsmouth and a BA in English Literature and Spanish. I love travel and languages and am very pleased to be a part of the Watching America team.