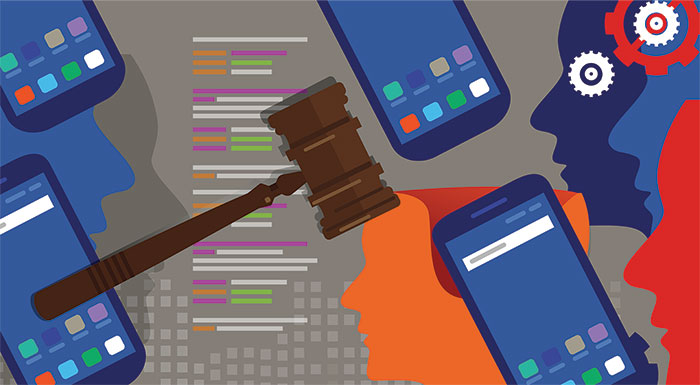 It’s not enough to be rich, powerful and incredibly popular to be serene. As 2020 begins, Google, Apple, Facebook and Amazon, the GAFA that have come to orchestrate our digital lives, are well aware of this: their coffers overflow with dollars and their markets flourish, but in the coming year they’ll have more wind in their face than at their back.

With ever increasing inquiries and trials, continuing or expected regulation, ever more powerful Chinese competitors or old rivals, debates about a new international fiscal framework, internal and external arguing, the list of hot issues facing GAFA and similar digital heavyweights such as Airbnb and Uber is lengthening.

It’s true that GAFA companies live a kind of paradox. As their success shows, their popularity is indisputable. Rare are those who can resist or refuse to own an iPhone, search with Google, use a Mark Zuckerberg platform such as Facebook, WhatsApp or Instagram or buy something on Amazon. But just because consumers vote for them does not mean that ordinary citizens, politicians and regulators should accept that there is no way to counterbalance such giants.

A little more than 20 years after the first internet bubble burst, the GAFA companies are victims of their own success. Their triumph is such that it is now time they were transparent and responsible. Besides blazing trails for new markets, the start-ups also flew under regulatory radar. Today, their importance is such and their involvement is so integral in everything that it’s necessary to regulate them. We will need to make them act their age, in short.

Among telecommunications companies, interoperability is mandatory. For example, someone using Orange S.A.* must be able to communicate with someone using Vivendi,* and regulators eventually saw the need for transferability of phone numbers. Likewise, in banking, insurance and energy, the giants that consumers can’t avoid using have learned to operate in more open and competitive markets. This has perhaps made their lives a little more complicated, but the stimulus of competition has also caused markets to grow. Today, the digital giants are also at such a point. If they open up and accept change, they will escape being dismantled. But if they dig in and turn their customers into prisoner which they can monopolize and whose data they manipulate, they will suffer.

About Hal Swindall 51 Articles
A California native, Hal Swindall earned an MA in English from Claremont Graduate University and a PhD in comparative literature from UC Riverside, majoring in English and minoring in French and Italian. Since then, he has wandered East Asia as an itinerant English professor, mainly teaching writing and literature. Presently, he works as an English teacher trainer in the Faculty of Education at the University of Malaya in Kuala Lumpur, Malaysia. Hal's interests besides translating, editing and literature include classical music and badminton, as well as East Asian temples.