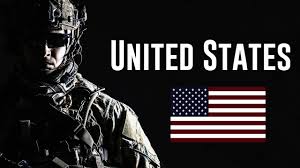 Early Friday morning, the U.S. military used a drone strike to kill the head of Iran’s elite Quds force, Qassem Soleimani, as well as Abu Mahdi al-Muhandis, commander of Iraq’s Shiite militia force, the Popular Mobilization Forces. This move violently aggravated the situation in the Middle East. Iran’s Supreme Leader Ayatollah Ali Khamenei has vowed “harsh retaliation” against the U.S., and the U.S. Embassy in Iraq, along with the State Department, urged U.S. citizens to leave Iraq immediately on Friday.

This bout of escalated conflict between the U.S. and Iran began last year on Dec. 27, when a U.S. base in northern Iraq was struck by rocket fire, leading to the death of a U.S. civilian contractor and injuring four soldiers. Two days later, the U.S. military bombed Iraq’s Shiite militia force, Kataib Hezbollah, which it believed was responsible for the attack, killing 25 members of the militia. It also accused Iran of being the mastermind behind the attack on the U.S. base. Soon afterward on Dec. 31, the U.S. Embassy in Iraq was besieged by protesters, and Washington once again criticized Iran, declaring it would be “held fully responsible” for the incident. The elimination of Soleimani is the most recent escalation in this ongoing situation.

We need more information to understand the current situation. In 2003, the U.S. used a war to overthrow Saddam Hussein’s regime, but the development of the situation in Iraq did not go as the U.S. had hoped. Iraq’s political territory became more sectarian and tribalized; Shiite followers made up 60% of Iraq’s population, which gave Tehran ample room for activity in Iraq. To some Iranian and Iraqi forces, Soleimani’s trip to Baghdad was seen as a normal exchange. Therefore, they maintain that the elimination of Soleimani by the U.S. was an assassination and an act of international terrorism.

The U.S. has previously classified Iran’s Revolutionary Guard Corps’ Quds Force as a terrorist group. Now, the U.S. and Iran have each accused the other of terrorism and are caught in an endless cycle of retaliation, leading to deaths on both sides. Is this the situation Washington wants?

The U.S., without a doubt, has stronger forces and tactics, so strong that it can even kill such an important Iranian official with ease. But how much hatred will the death of Soleimani provoke among Shia Muslims? Will U.S. personnel in the Middle East be safer for it?

What is certain is that the outrage and hatred which America’s actions have sparked in Iran and its allied regions are far greater than the fear America hopes to instill in those regions. Washington’s elite should consider how many high opposition officials and leaders the U.S. has killed since the war in Afghanistan. The U.S. has paid a heavy price in money and human lives as well. However, have its efforts really deterred those in the Middle East who hate the U.S.?

The answer is clearly no. Those who are anti-American in the Middle East are cut down and then grow back up again, year after year, like crops.

In the past, the U.S. helped the Israelis attack the Arabs, then helped Israel negotiate with the Arabs, then later supported the Arab Spring. Today, the U.S. is helping Israel and the Sunni regime resist the Shiite regime. Through it all, the U.S. has always had enemies in the Middle East. It’s like sitting in an armored car rolling over one group while simultaneously guarding against another. Its enemies are not safe, yes, but the U.S. is safe only while sitting inside its armored shell.

It is possible that Washington underestimated the severity of the political consequences for killing Soleimani. Iran’s Supreme Leader Khamenei’s call for “harsh retaliation” is far more than just a threat, because it represents the sentiment and voice of the Middle Eastern Shia community. Even if the Iranian government doesn’t make a move, who’s to say some forces in the region won’t act on their own?

The U.S. is overly powerful. When it is challenged, its hands itch; it sees military force as its most effective tool and believes it goes to waste if not used. But military force can only kill; it can’t change people’s will.

The Middle Eastern policies of the U.S. have been a total failure. I’m afraid Washington’s thoughts today are on how best to turn American voters’ anger into support for the current administration. I’m afraid today’s U.S. government simply doesn’t consider long-term solutions to the Middle East’s problems. They are incapable of, and have no interest in, making this kind of long-term investment in the Middle East; they are only willing to pursue short-term manipulation.