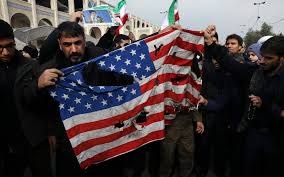 The surprising thing about the crisis in which the United States finds itself enveloped is that it didn’t happen sooner. Donald J. Trump, the mercurial president, in one of his typical sudden outbursts, ordered the death of Gen. Qassem Soleimani, architect of the Iranian military alliances abroad and chief of its special forces, and also, the probable future president of Iran.

This terrible chain of events began 18 months ago, when Trump, determined to end all vestiges of the administration of his predecessor, Barack Obama, unilaterally abandoned the nuclear pact that his country had signed, together with other European countries, to keep Iran from becoming a nation that possesses nuclear arms. A decision made with the gut and not the head, without taking into account the consequences. Outburst number one.

Was the pact perfect? No. Was it useful in keeping the Ayatollahs at bay and easing the conflicts in the Middle East? Yes. But all that fell apart, and now has culminated with Iran’s definitive abandonment of any compromise, throwing the world into another arms spiral.

Without the pact, the U.S. reimposed economic sanctions on Iran and pushed the Iranian economy against a wall, provoking internal instability and anti-government demonstrations. Iran has tried to pressure the U.S., showing its military muscle. It did so by detaining tankers in the Gulf of Hormuz and then shot down an unmanned drone, and finally, its allies bombed oil facilities in Saudi Arabia. The clincher came with an attack on Iraqi soil, in which an American contractor died. That resulted in outburst number two.

President Trump was resting and doing little else besides tweeting and golfing at Mar-a-Lago, his golf club in Florida, when an adviser informed him that intelligence services had detected the presence of Gen. Soleimani near the Baghdad Airport. I can almost guarantee that Trump didn’t know who Soleimani was. They must have given him the most superficial information about the general, with the suggestion that eliminating him would be a good response to the contractor’s death. Trump responded, “Go for it, boys. Hit him where it hurts,” or something like that, because that is how he operates, without taking consequences into account. Without informing himself about the battlefield conditions, and let’s not even talk about knowledge of the geopolitical situation. Without worrying about the legality of his order. Without even informing his allies or Congress.

It is clear that the contractor’s death required a response. It is also clear that Soleimani was not, let’s say, a humanist. The general was responsible for the deaths of hundreds, if not thousands of people. But you cannot go around assassinating foreign government officials and believe that nothing will happen. If Trump was going to take such a radical move, he had to think of the security of his diplomats and soldiers, not just in Baghdad, but around the world.

The Iranian government will use Soleimani as a martyr. His assassination has already unified the country to a great degree and the opposition will have to lower its profile. There will be three days of mourning for Soleimani’s death and after that, who knows when or where, the answer will come. Iranian officials speak of military targets, but also say that their allies are capable of anything and they do not take responsibility for that. Hamas and Hezbollah are among their allies, so there is alarm in Israel.

Meanwhile, in Washington, criticism of the intemperate presidential decision are growing. Secretary of State Mike Pompeo, told the media yesterday morning that the decision was taken because of the “imminent danger” of an attack against Americans, but did not present any confirming evidence.

Contrary to what people believed during Trump’s presidential campaign, the strategy of looking for an external enemy to help with his reelection is not working. But if Trump did it to shift attention away from impeachment, it is truly criminal. From the point of view of the United States, the president risked the security of all Americans in search of personal benefit. That is precisely what the House has accused him of doing.

Postscript: The Iraqi Congress just announced its decision to expel the U.S. Armed Forces from its territory. Meanwhile, via tweet, Trump informed Congress that he does not have to consult them to respond to any Iranian aggression. Things are getting truly dangerous.