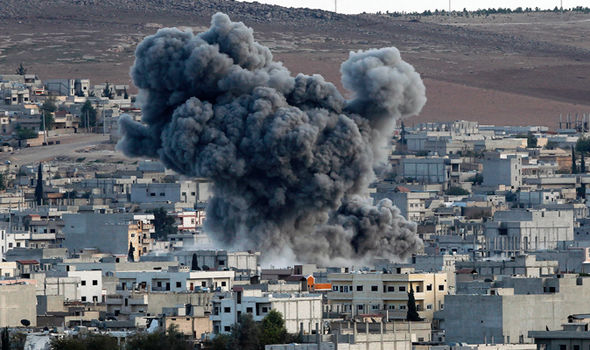 The short answer would be no. We are faced with an alarming scenario based on misinformation, lack of historical context and the general perception that the killing of Qassem Soleimani was an attack on a sovereign nation’s institutional military official, instead of the elimination of the most dangerous undercover agent of a nation whose agenda is regional destabilization.

Soleimani commanded the Quds force, a mixture between the CIA and an extraterritorial militia. Quds not only coordinates intelligence, but it is also the clandestine military presence of Iran in the bloodiest conflicts of the Middle East, such as Iraq, Yemen and Syria, where it was complicit in the death and displacement of thousands of Syrians, whom it repeatedly attacked with chemical weapons. At one time, Soleimani was incorrectly identified as a reluctant ally of the United States in the battle against the Islamic State. Meanwhile, he sponsored Shiite militias that fueled Sunni radicalism, from which this terrorist organization was born.

Soleimani enjoyed the reverence of different factions, both extreme and moderate, within the government. This is critical to understanding the reaction after the killing. Iran, above all, is a survivor state. In the past 40 years, the dictatorships in neighboring countries of Egypt, Iraq and Libya have fallen. Each of these had a centralized government based on figures who maintained nearly absolute power. Iran is a multi-headed serpent with no lack of internal disputes. However, it can focus as a single nation when it perceives a threat from regional powers and their Western allies.

But the regime made a huge mistake in underestimating Trump. The approach of this U.S. administration has been to apply economic pressure and limit military presence to short term engagements in Middle East conflicts. There is no doubt that the Iranians perceived Trump’s caution in confronting the attacks on oil tankers and Saudi corporations as weakness and a lack of conviction, to the point that Ali Khamenei, the leader of the Iranian clergy and de facto head of state, openly mocked Trump on Twitter. This was a serious mistake that increased public pressure on a president whose voter base is strongly nationalist. Having received information about possible direct attacks on embassies, Trump now had the pretext to send an overwhelming message that Iran was the originator of the military escalations.

Both nations understand clearly that not even their most recalcitrant bases want an armed conflict such as the one in Iraq. On Jan. 8, after days of inflammatory rhetoric stoking apocalyptic media hysteria, the Iranians launched a missile attack that resulted in zero U.S. casualties and minimal material damage. This was not an accident. Both leaders have claimed political and media-based victory and seem happy with the results.

Coming decisions will probably conform to a more predictable pattern, based on history. This would be Iran’s continued state sponsorship of terrorist groups that attack Western global interests and the United States’ use of its entire arsenal of diplomatic and financial pressure to avoid a nuclear Iran. Undoubtedly, this is not over. However, the prospect of a third world war is still limited by the desire of world powers to avoid massive destruction.