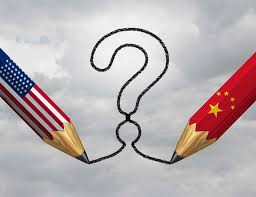 In a trade war, everyone loses, but the United States chose to start a conflict with China almost two years ago, resulting in an escalation of tariffs between the two countries that halted global trade and economic growth.

For that reason, the partial agreement between China and the United States signed last Wednesday provides some peace of mind, as it allows us to predict that global trade will not deteriorate further.

The commercial war between the largest economic powers in the world also motivated other countries to apply restrictions on the entry of goods and services in order to protect their domestic markets. This protectionism altered the price of currencies, halted investments, broke supply chains and reduced production, because everything is interconnected, more so in a globalized economy.

Last year at that point, the growth of world trade essentially came to a halt. The uncertainty caused by trade tensions, and also by Brexit and geopolitical conflicts, damaged the performance of the world economy. The year 2019 ended with a global growth of 2.4%, the worst result since the financial crisis of 2008-2009. In 2020, negative effects are still anticipated from the U.S.-China commercial confrontation. The International Monetary Fund estimates that the losses will add up to $700 billion, an amount that is equal to the size of the entire economy of Switzerland.

A more solid recovery of the global economy will depend on several factors, including the signing of the second phase of the trade agreement between the United States and China, which has not yet been negotiated. The so-called phase one was limited to freezing the escalation of tariffs and China’s commitment to buy more goods from the United States, which could affect emerging countries that sell agricultural goods to the Chinese.

The market also wonders if the United States will open new trade conflicts, for it has already threatened to impose tariffs on European countries, Vietnam and Thailand.

About Patricia Simoni 123 Articles
I began contributing to Watching America in 2009 and continue to enjoy working with its dedicated translators and editors. Latin America, where I lived and worked for over four years, is of special interest to me. Presently a retiree, I live in Morgantown, West Virginia, where I enjoy the beauty of this rural state and traditional Appalachian fiddling with friends. Working toward the mission of WA, to help those in the U.S. see ourselves as others see us, gives me a sense of purpose.