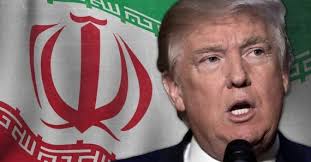 The U.S. House of Representatives has voted to limit potential military action against Iran. The measure would prohibit the financing of military action without congressional approval. The Senate must now act on it, but, as Voice of America has reported, the issue has been deferred because of the impeachment proceedings against President Donald Trump.

Some 228 representatives, almost exclusively Democrats, supported this measure, while 175 representatives, predominantly Republican, voted against it. The measure was sponsored by Democratic Rep. Ro Khanna of California. In addition, Democratic Rep. Barbara Lee of California has introduced a measure to repeal the 2002 Authorization for Use of Military Force in Iraq resolution, which the Trump administration used to escalate hostilities with Iran, according to the Democrats.

In response, the White House has threatened to veto both measures, leaving them to an uncertain fate in the Republican-controlled Senate. For Trump, then, the Iranian front lies inside the U.S. Furthermore, when Tehran carried out a series of missile strikes on American troops stationed in Iraq following the assassination of Iranian Gen. Qassem Soleimani, the president declared that “no U.S. troops were killed or injured.” But now, the American press is reporting that 64 U.S. soldiers sustained injuries as a result of these strikes. Moreover, as the BBC believes, “the Soleimani killing has weakened the U.S. position there.”

However, this problem is not just in Iraq. Washington is failing to knit together an anti-Iranian front in Europe despite conducting diplomatic maneuvers to that end. Add to that, the unsuccessful and openly opportunistic attempt, in our opinion, to tie the “deal of the century” for resolving the Israeli-Palestinian conflict, a deal devised by Trump’s team, to this situation. (Many Arab countries are referring to this deal as the second Balfour Declaration). The plan not only divides the entire Middle East, but also the Islamic world in general, giving new meaning to the confrontation between Tehran and Washington, while the U.S. demonstrates a lack of ideologically justified greater geopolitical strategy within the region. What’s next? It seems that the Americans will further strive to gain a foothold on strategic locations in Iraq, Syria and Iran, all the while, of course, relying on Israel and supporting the Middle East in easing ongoing tensions.

In this regard, we agree with the opinion of Carnegie Moscow Center expert Dmitri Trenin, who says that the confrontation with Iran will be relegated to second or third place among U.S. priorities. First place is being allocated to China. Accordingly, Washington is unlikely to go down the path of unleashing a wider military conflict with Tehran in which it would participate directly. In this respect, the House measure has come too late.

But Trump will not get a clear victory in Iran. Nor will Tehran, which is aiming to force the U.S. out of the region gradually. Going forward, a lot will depend on how the alignment of political forces will develop in Iran itself, and whether Iran will manage to turn the situation to its advantage. By all indications, Washington is regrouping its power in the region and this will take a certain amount of time. As far as the European Union is concerned, it doesn’t appear to be an important strategic actor in the Middle East, and has demonstrated an inability to mediate between the U.S. and Iran. Russia, too, is not particularly fixated on the Iranian issue, having redirected some of its interests toward the Eastern Mediterranean and North Africa, avoiding the hostility between the two countries as much as possible.

In this context, Israel is doomed to be on the frontline for a long time, where it will be increasingly used as a toolkit by major foreign players in order to realize their geopolitical goals. And so, the Middle East crisis continues as it takes on new geopolitical outlines and characteristics.