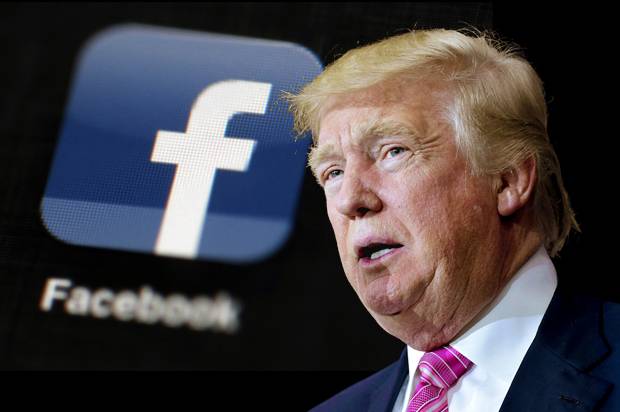 As I was reading through Al-Ahram,* I came across an untitled section from the Jan. 8 edition with a headline that caught my attention: “Trump: ‘I’m No. 1 on Facebook!’” The article explained how Donald Trump had boasted about meeting Facebook founder Mark Zuckerberg, and how Zuckerberg had congratulated Trump on achieving the top spot on the social networking site. Attached to the headline was a photo of the two sharing dinner together this past October, and another of their Oval Office meeting the month prior. Trump shared this latter photo widely across his various social media accounts.

The grand irony is that Trump fails to understand or acknowledge the difference between reaching the top spot on one social network or another, and the reason for that often dubious honor. In Trump’s own case, the path to the “No. 1” status was built on corrupt decision-making and rejection of all reality. For example, when the curtain was lifted on President Bill Clinton’s scandalous liaison with White House intern Monica Lewinsky, her blue dress became the No. 1 topic of discussion on every communications network. Likewise, when it was discovered that the British princess had an affair with her bodyguard while she was married to the prince himself, the story skyrocketed to the No. 1 spot on every network around the world.

There are many more examples, of course, of what Trump has the misfortune of calling himself a member. No wonder you’re “No. 1” on Facebook, as you’re so proud to proclaim, when you’ve achieved such enormous moral depravity, something no other American president could ever rival! When you’ve dared to announce that Jerusalem was the capital of Israel and transferred your embassy there accordingly, deluded into thinking the rest of the world would follow! Or when you’ve made any one of your countless other mindless decisions, like legitimizing settlements on occupied land, only to outdo your own arrogance by gifting Syria’s Golan Heights to Israel! The whole world knows the depth of your commitment to Zionism, and how your daughter gave up herself, her religion and her identity to marry a Jewish Zionist. With these and all of your other wrongheaded decisions, how could you possibly not be No. 1 across every media network imaginable? You are only the third president in your country’s history to face impeachment by Congress. When every single one of your methods and positions is completely removed from the concepts of justice, law and common sense, none of this should come as a surprise to anyone.

I’ll ask it again because it bears repeating: How could you not be “No. 1” when the vast majority of the U.S. has rejected your policies and your innumerable illogical positions that contradict every basic fact, law and regulatory statute? The Palestinian issue has been tainted with the corruption, obstinacy, and poor reasoning that pervades the entirety of your presidency.

So congratulations on reaching No. 1. You deserve it!