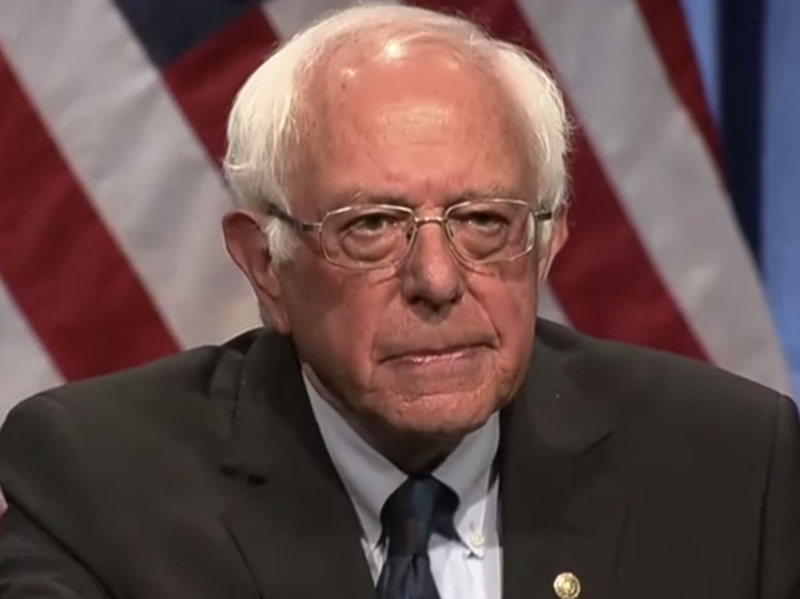 Political scientist Alexander Vedrussov talks about how Bernie Sanders is trying to build his kind of socialism in the United States.

Regardless of how a 2020 protracted election cycle will end for 78-year-old “democratic socialist” Bernie Sanders, this election will most probably be his last. However, during his rallies before countless numbers of supporters, the most popular senator likes to reiterate that Americans will bring “a political revolution.” His campaign slogan “Not me. Us!” created an unprecedented leftist movement. Sanders’ critics compare his style to that of Donald Trump. His supporters push back by saying that Trump can be defeated only by using his own methods, while Sanders’’ political program is the direct opposite of the current administration’s ultracapitalist policies.

Democratic caucuses took place in Iowa on Feb. 3. In the next 11 months, candidates from one of the oldest and the most influential political parties will have to navigate a complex and peculiar primary process. The winner of this fierce party contest will get to challenge a hated Republican president, whom Democrats have consistently labeled “the most dangerous president in U.S. history” and “a pathological liar.”

The candidates have begun a ruthless fight for the opportunity to defeat the “odious” President Trump in November 2020. Joe Biden, who first tried his hand unsuccessfully in the presidential primaries back in 1988, and in 2008 and 2012 played Barack Obama’s sidekick during the presidential campaign, is building his strategy on the achievements of his popular ex-boss. The image of a steady candidate capable of compromise has helped Biden gain significant political credit. However, even Biden’s supporters are unenthusiastic about his campaign, let alone general voters. His overall message − to return to a time that existed four years ago and ignore the conditions that contributed to Trump’s election – is of interest only to an older voter, who is too afraid of supporting the radical changes that Sanders is proposing.

The majority of young Americans, on the other hand, are ready to vote for changes in the current social system and they are not afraid to support the candidate whom Trump has called “a communist.” On the contrary, millennials and Generation X overwhelmingly support the idea of free higher education, canceling burdensome student loan debt, nationalizing health care and taking other decisive measures to restore social justice.*

However, even though Sanders’ program fits within basic U.S. political tradition, many older people, influenced by Cold War stereotypes and the idea of resisting the “Communist threat,” consider it unacceptable. The Democrats who oppose Sanders are already actively playing on these phobias, and Trump will definitely do the same if he gets the chance.

At the same time, stories about Communist boogeymen lose their power to scare people when Sanders refers to hard-hitting statistics: 87 million Americans do not have access to health care because they have no insurance coverage or are underinsured. Remarkably, this problem exists in the United States, the wealthiest country in human history, and not some developing nation.

According to Sanders, the root cause of all the discrimination and other social problems in the U.S. is the imbalance inherent in modern capitalism, which cannot be fixed by making minor adjustments. Young Democrats are leaning increasingly more toward the idea of radically resetting the whole social and economic system in the United States.

At the same time, no one wants to destroy the concept of responsible and rational self-interest that serves as the basis of the American dream. Rather, Sanders’ supporters talk about creating a welfare state within a framework of capitalism that bears a human face.

If Sanders is ultimately able to overcome all the obstacles and reach the White House, he will be the only politician who can drain the swamp in Washington. Hillary Clinton has stated acerbically that “nobody likes” Sanders. However, according to all surveys, Bernie is the most popular senator at the moment.

That is why the Washington swamp that has eventually engulfed Trump probably will not affect the only American politician who has managed to preserve an almost immaculate reputation during a political career of more than 40 years. A broad coalition of Sanders supporters has probably helped him resist any temptation for corruption. He never had to rely heavily on big sponsors for support. He built his election campaign worth millions of dollars with an average donation of $18.50.

There is a common perception in the United States and some other countries that Moscow wants Trump to be reelected in 2020. However, this perception is incorrect.

Unlike the current U.S. president, Sanders is against expanding the U.S. military budget and the lobbying power of the military-industrial complex. If he wins, the United States will probably remain in compliance with the new START treaty, and will not launch excessively expensive space programs by which it would contribute to ruining the Yalta-Potsdam system of international security.

It is true that Sanders has never made favorable Trump-style comments about Russia. However, his progressive approach toward prioritizing nonconfrontational foreign policy is similar to Moscow’s approach in many ways.