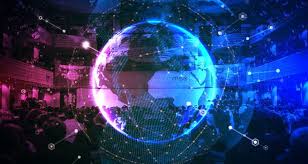 “Westlessness,” the theme of this year’s Munich Security Conference that came to a close yesterday, drew attention to the deep divisions between Europe and the United States. The presidents of Germany and France suggested that this decline was primarily due to unilateralism and American withdrawal, something that the U.S. secretary of state disputed, calling the decline “grossly exaggerated.”

So is it really a decline or simply a rough patch? All civilizations are mortal. It’s written into the course of history, and the West will not escape it. The climate crisis, an aging population, the self-destruction of the educational system, the excessive exploitation of our natural resources, deindustrialization, the identity void, the transformation of democracy into technocracy, the victory of materialist ideology … nothing objectively portends happier tomorrows. And the attitude of “every man for himself” will only accelerate the degeneration that has been announced.

At best, our civilization will manage to slow its decline, but only if it works as one and is united. This requires peaceful relations with our partners, but also a new stage in the European establishment. More than ever, Europe must be capable of defending itself alone and making itself heard on the international scene by weighing in against the dangers coming from the East under the guise of Islamism, but also by way of the return of Russia and the rising economic power of China, two nations in the hands of authoritarian powers. It is all the more urgent because Americans are in the process of reconsidering their relationship with the old continent. In short, the world’s software is changing at a fast pace. The West must lead and guide this change, otherwise it will precipitate its own decline.