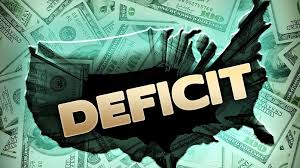 President Donald Trump has released his budget request for the new fiscal year that began in October.

There is a .3% increase in defense expenses from the previous year to $740.5 billion, or about 81 trillion yen. There is also a request for an additional $2 billion to build a wall on the border with Mexico and to make substantial infrastructure investments.

On the other hand, foreign aid has been cut by 20%, environmental expenses are greatly reduced by around 30%, and funds for public health insurance and food aid for low income populations have been reduced. This means that the budget reduces the national deficit by 10% from last year, with projections that it will be cut in half in five years.

Does the U.S. really think it can achieve this?

Trump’s first budget request after his inauguration three years ago, “A Budget Blueprint to Make America Great Again,” claimed it would eliminate the deficit in 10 years.

Yet in reality, expenditures have ballooned by 20% in the meantime, and a deficit that was in the $600 billion range has reached the level it was right after the Lehman disaster – over $1 trillion.

Budget requests reveal the president’s thinking on finances, but are not enforceable by themselves. Congress is the body which actually crafts the federal budget.

The conservative wing of the ruling Republican Party originally tended to emphasize fiscal discipline. But while the Senate is Republican, the majority of seats in the House are held by Democrats, and if both sides’ priorities are not represented, the parties will not come to terms. As a result, the Republicans will request more in defense expenses, the Democrats will demand more in welfare expenses, and nothing will impede fiscal expansion.

On top of that, Trump followed through on his election promise to cut taxes, so there is no chance that the fiscal situation will improve.

The Congressional Budget Office’s earlier estimate reached a completely opposite forecast. It uses a growth forecast premised on reality, and assumes that tax revenues will barely increase. The result is that the budget deficit will continue to grow and reach $1.3 trillion in five years.

Facing a presidential election in November, Trump strongly feels a sense of obligation to his supporters, and he appears to be painting a scenario in which defense expenses are maintained while finances improve. Limiting expenditures for low income populations must also have the amplify the difference between himself and the Democrats, who are running a primary race on the promise of social security.

Even so, a budget request is not election publicity. Budget proposals that neglect reality are too irresponsible.

America is the world’s largest economic power and issues the world’s key currency. Its financial administration has a huge impact on the world economy. Trump should at least somewhat understand the weight of this responsibility.