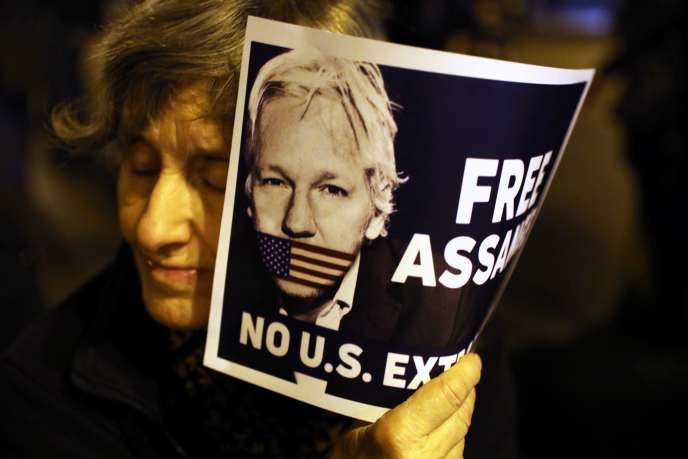 Agreeing to America’s request, under consideration since Monday in London, would be a step backward for democracy.

For Freedom of Information advocates, Julian Assange, 48, is not an easy case. Is the founder of WikiLeaks a courageous whistleblower, determined to reveal valuable but disturbing truths, or a hacker campaigning for absolute transparency, led astray, and trapped by Donald Trump whom he helped get elected?

On Monday, Feb. 24, a London judge began examining the United States’ request for extradition against the unclassifiable Australian, accused of “spying” in connection with facilitating the disclosure of confidential government documents in 2010. At the time, Assange entrusted these hundreds of thousands of military and diplomatic documents to five newspapers, including The Guardian, The New York Times and Le Monde, pursuant to their ethical rules requiring protection of sources. The identities of any person likely to be endangered were therefore removed from the published documents, which were brought to light by the independent expertise of journalists at the five publications.

An international media event, this major leak made it possible to shed light on many aspects of American policy in Afghanistan and then in Iraq, and at the Guantanamo Bay detention camp. One video in particular revealed an American military blunder in Baghdad in 2007, in which an Apache helicopter fired at alleged fighters and killed a dozen civilians, including two Reuters news agency journalists.

Since then, Assange has acted neither as a defender of human rights nor as a citizen who respects the law. In 2011, he flouted his commitments by publishing the unredacted American documents. He then refused to answer a warrant for his arrest from Swedish police after two complaints of sexual assault, complaints which have since been closed. A refugee for almost seven years at the Ecuadorian Embassy in London, he was arrested in April 2019 for not respecting the conditions of his asylum. The United States request for extradition immediately followed.

Quick to take on the secrets of democratic countries, Assange was not so quick when it came to authoritarian countries. He worked for Russia Today, a propaganda television network funded by the Kremlin. In 2016, he released documents that Russian secret service agencies hacked from the U.S. Democratic Party in order to discredit its candidate, Hillary Clinton.

In April, the Justice Department continued to press only one relatively benign charge, that of hacking state computers, and not the distribution of documents, something protected by the First Amendment, which sanctifies the principle of freedom of expression. But, in May 2019, the Donald Trump administration unearthed a law from 1917 that punishes supplying a foreign power with intelligence that could harm the United States, and charged Assange with spying.

Called to render a decision, probably in June, the British judge will not determine Assange’s guilt, but rather the validity of the American extradition request pertaining exclusively to the disclosure of the 2010 documents. Le Monde, which was involved in the matter, remains convinced that the publication of this information came under the duty to inform. Extraditing Assange would amount to equating publication of secret documents emanating from the United States to espionage. It would be a terrible step backward for democracy.