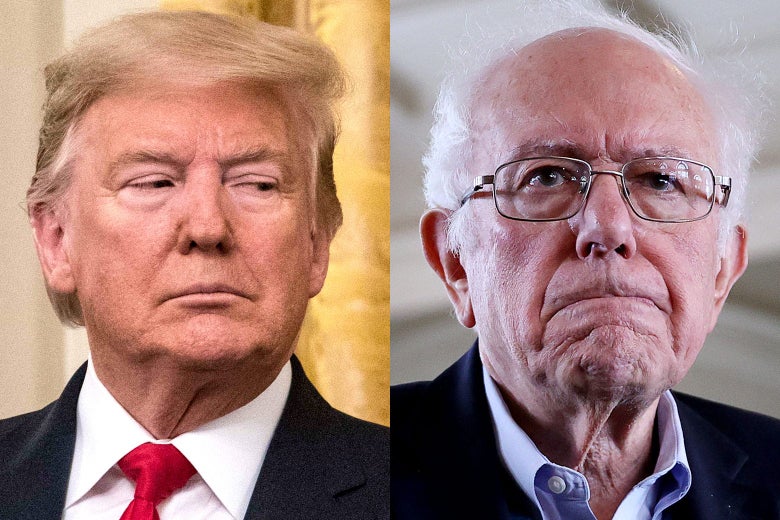 This “Super Tuesday” could award the Democratic nomination to Bernie Sanders. While much more appealing than Donald Trump, the “socialist” is no less populist or dangerous for the country.

Are Americans between a rock and a hard place? There is a good chance that Bernie Sanders will be flying the flag for the left at the presidential election in November against Donald Trump. The elder Democratic statesman, who is also the most extreme, has won big victories in New Hampshire and Nevada. If he prevails again on Tuesday—or “Super Tuesday,” as it is known—he will practically be a shoo-in to walk away with the nomination in July.*

From the European perspective, the senator from Vermont seems much more appealing and harmless than Donald Trump. He motivates the younger generation like no one else, defends noble causes (access to healthcare, the fight against inequality, etc.) and displays uncharacteristic political constancy—as opposed to a Bloomberg or a Trump, who waver between left and right as it suits them. He calls himself a democrat and a socialist, leaving many to think that he is nothing but a European-style social democrat.

His proposals go well beyond the policies implemented over here in Europe. Under cover of defending a social wealth-distribution program, Sanders managed to hide his ruthless, revolutionary side. For example, he proposes extracting 20% of large businesses’ wealth to give to employees. He would like the right of every American to a job to be inscribed in law. He wants to ban the very thing which has no doubt contributed the most to American prosperity in the last 10 years: shale gas. He wants to reduce the fortune of millionaires by half within 15 years.

The senator, who speaks endlessly about universality, also offers insane gifts, such as free childcare and university for all families. He promises to see public spending double, while the national debt has already gone beyond 80% GDP. He shares with Trump a desire to slow down international trade. He exploits the same hatred of the elite and the established order. This ploy— with which we are all too familiar—has already seen the same populism conquer Italy, the United Kingdom, Brazil and … the United States. While Americans are living through the longest period of growth in their history, and unemployment is unfamiliar to them, there they are, ready to trade one populist for another. The moderate candidates, until recently too numerous to make an impression in the race, can only be mad at themselves.

*Editor’s Note: On the actual day, it was Joe Biden who prevailed, winning the greatest support of all the candidates, including Bernie Sanders.