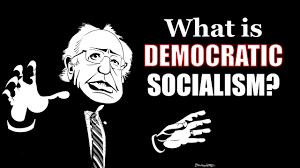 It was bound to happen. At some point, Venezuela was going to enter the electoral debate in the United States. Now that it has, it probably will remain an important issue. Venezuela, after all, represents the largest economic collapse in the Americas, the greatest increase in poverty, the worst hyperinflation and the greatest mass migration in recent centuries.

To end the nightmare — and the threat to regional stability it represents — the situation has become one of the main foreign policy priorities of the United States. It is one of the few policies of Donald Trump’s administration with broad bipartisan support, as demonstrated in the great ovation received by interim President Juan Guaidó during the State of the Union address in February.

Nevertheless, the tragedy of Venezuela is being used as a political-partisan weapon in the race toward presidential and congressional elections in November. According to Trump, Venezuela demonstrates the failure of “socialism,” and the Democrats are “socialists.” Supposedly, if voters replaced Trump with a Democrat, the United States would suffer the same fate as Venezuela.

Clearly, this is a wild argument. Democrats have been leading the White House for 48 of the past 87 years and, in general, the United States has done quite well.

But Bernie Sanders, the favorite in the Democratic primaries, is not a traditional Democrat. In fact, he is not even a member of the party. He defines himself as a democratic socialist, not as a social democrat, and his past statements about Fidel Castro, as well as his travels to the Soviet Union and Nicaragua, reflect his decades-long support for the radical left.

Sanders’ followers point out that the socialism he has in mind is Scandinavian-style social democracy. But Sanders has not yet articulated any ideological or political difference with the undesirable tyrannies he has endorsed, and he feels uncomfortable talking about the issue. On the contrary, he has tended to respond with a “Mussolini made the trains run on time” sort of defense.

There are, of course, other political lessons to learn from Venezuela. Economist and Nobel Memorial Prize winner Paul Krugman attributes the country’s fortune during the oil boom years (2004-2014) to its generous social programs. When the price of oil fell, the government resorted to printing money to finance the resulting large fiscal deficits, leading to hyperinflation. Accordingly, although there were good intentions, the problem was bad macroeconomic management, not “socialism.” Arguing to the contrary, Moisés Naím and Francisco Toro place major blame on kleptocracy for the collapse of Venezuela.

Both are important parts of the history of Chavism, but neither gives “socialism” its due place. Moreover, like Sanders, they do not explain how Scandinavian “socialism” differs from the tropical version.

Of course, these two systems are practically polar opposites. The Scandinavian system is deeply democratic: people use the state to give themselves rights and autonomy. A thriving private sector creates well-paid jobs, and collaborative relationships between capital, management and workers support a consensus that emphasizes the development of competencies, productivity and innovation. Moreover, given their relatively small populations, these countries understand that openness and integration with the rest of the world are fundamental to their progress. Taxes have been set high enough to finance a benefactor state that invests in the human capital of the people and protects it from the cradle to the grave. Society has been powerful enough to “shackle the Leviathan,” as Daron Acemoglu and James A. Robinson say in their latest book.

Chavism, on the contrary, consists in fully disempowering society and subordinating it to the state. The social programs that Krugman mentions are not a recognition of the rights of citizens, but privileges granted by the ruling party in exchange for political loyalty. Large sectors of the economy were expropriated and placed under state ownership and control. This included not only electricity, oil services (oil production had already been nationalized in 1976), steel, telecommunications and banks, but also much smaller companies: dairy producers, detergent manufacturers, supermarkets, coffee growers, distributors of cooking gas, ships and hotels, as well as millions of hectares of arable land.

Without exception, all these companies collapsed, even before the price of oil collapsed in 2014. On the other hand, the government tried to create new state-owned companies through partnerships with China and Iran. None of them is in operation, despite billions of dollars of investment.

In addition, price, currency, import and employment controls made private economic activity virtually impossible, which further disempowered society. Prices were supposed to be “fair” and not linked to supply and demand, and therefore set by the government. This led to shortages, black markets and opportunities for corruption and kleptocracy, while a large number of managers and entrepreneurs were imprisoned for violations of “fair prices.” During the oil boom of 2004-2014, while agriculture and industry were being destroyed, the government concealed the collapse with massive imports, financed not only with oil revenues, but also with immense external indebtedness. Obviously, when oil prices fell and markets stopped lending in 2014, the farce could no longer be maintained. And the farce was the Chavista version of socialism.

But what is Sanders’ version? A higher minimum wage, universal medical care and free access to public higher education, as he points out, are the norm in most developed countries and are definitely not socialist in the Chavista, Cuban or Soviet sense of the word.

On the other hand, Sanders almost never has anything positive to say about entrepreneurs and successful businesses, large or small. It is true that he wants to justify higher taxes to finance his social policies, but in fact he needs companies to be productive and profitable to pay more taxes. Does his socialism, then, have to do with cooperation to empower the people while boosting the economy, or with empowering the state to exercise more coercive control over business?

This question must be answered for tactical reasons, because Venezuela’s card can also be played against Trump. After all, Chavism has politicized use of the police and the judiciary, has trampled the free press, has treated political opponents as traitors and mortal enemies and has interfered with the fairness of elections. Sound familiar? However, Trump’s opponent in November cannot use the Venezuelan card to move from defense to attack until the “question of socialism” is adequately addressed.

Voters in the Democratic primaries today have the right to know if Sanders understands what differentiates Scandinavia from Venezuela. In addition, they should want to know if their candidate will fight, along with the existing coalition of 60 democracies in Latin America and the developed world, to end the dictatorship of Venezuela and restore human rights and freedom.