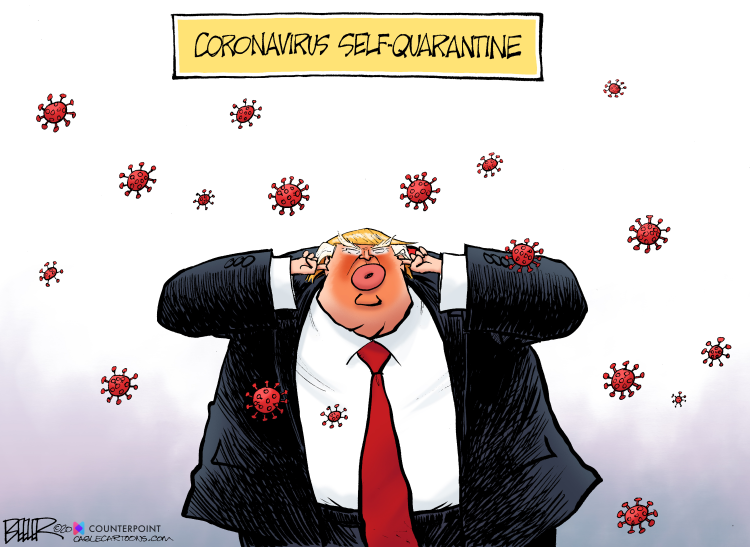 Stopping travel between the U.S. and Europe sounds drastic and decisive. But in reality, it is just a careless attempt to distract from his own failures.

For good national leaders, there is only one correct path through a crisis: offering clarity and making the seriousness of the situation apparent. President Donald Trump did none of that when he made his barely nine-minute television address to the nation from the Oval Office on Wednesday evening. It was an address that would leave anyone speechless. The problem is not that he has suspended air travel from the Schengen Zone to the U.S. because of the new coronavirus crisis. The World Health Organization may not consider the move to be particularly wise, but one can surely have a different perspective. Moreover, the problem is not that he promises to keep the financial losses for individuals to a minimum. In New York’s Chinatown, one restaurant after another is closing because guests are staying away in fear of the coronavirus. This is where help is desperately needed.

The problem is that he has so bluntly tried to just ignore the country’s virus crisis out of existence. What sounds so drastic and decisive is nothing more than a cowardly attempt to distract from his own failures. No word about the rapidly increasing numbers of cases in the U.S. or about the threat that the coronavirus presents or about the inability of his administration to make enough tests available. No word about what the U.S. is facing.

The virus does not care whether it rages through China, the European Union, or the U.S. It also makes no difference where it comes from. But for Trump, it does. He talks about a “foreign virus,” about a virus that has spread from China across the world. He talks about the virus like he does about illegal immigrants. And he only has one prescription for that: close borders, build walls.

Virologists say that there can now be only one goal: to slow the spread of the virus, so that the health care system does not collapse under the pressure of so many new cases. So that people do not have to die because there are no beds for them.

Trump says nothing about that.

As he so often does, Trump is placing his own interests above the good of the nation. He wants to win an election in the fall, so he does not want anything to do with the virus. And that is the reason why he lays all blame on foreign countries and why he even raises the issue of blame. He does not want to be held responsible when something does not go right. Instead, he wants to scold governors when the number of cases explodes in their state, just as he has done with the governors of Washington and New York, both of whom are dealing with particularly high numbers of cases.

But the virus has already been in the country for some time. And if the epidemiologists’ calculations are correct, it will not disappear quickly, as Trump may believe. It is here to stay. It will also still be here on Nov. 3, when the U.S. holds its next election. By then, many presumably will have died from the virus in the U.S., too. They will be Trumps’ victims. Maybe even his supporters will understand that by then.