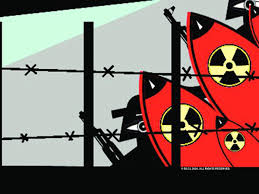 The world is looking forward to a summit that will bring together leaders of the five nuclear permanent members of the U.N. Security Council at the Jan. 23 invitation of Russian President Vladimir Putin. The goal of the summit is to establish “new principles” for leading the world in order to avoid the horrors of war, tension and conflicts that are looming on the horizon, not only in the Middle East, but also in the regions of East Asia and Southeast Asia, the North Pole and Latin America. It will be the first meeting with this objective since the end of the Cold War. Will the United States accept collective leadership of the world after President Donald Trump welcomed holding this summit? What about the bold initiatives that Washington has talked about? Is it possible for China to abandon its current position and join multiparty agreements to prevent an arms race?

Some like to describe the upcoming summit, whose location has not been determined, as “Yalta 2020” or “New Yalta,” a reference to the historic summit held in the Ukrainian city of Yalta located on the Black Sea in February 1945, where world power after World War II was divided among the three major leaders of that time: Soviet Premier Joseph Stalin, President Franklin Roosevelt, and British Prime Minister Winston Churchill.

No doubt the principles that have governed the world since 1945 have changed. The conflict became serious after the United States and Russia withdrew from the Intermediate-Range Nuclear Forces Treaty on Aug. 2 and displayed reluctance to renew the START III Treaty that expires next February.

Russia and the United States were prepared to enter a “small nuclear war” after recent U.S. exercises involving the use of strategic nuclear bombs in Nebraska on Feb. 20 and U.S. deployment of 150 nuclear bombs to Europe last year. At the same time, Chinese and Russian weapons increased at an unprecedented rate, pushing some to predict a “hot war” in which nuclear weapons are delivered as small bombs that Moscow and Washington have developed during the past three years.

Although President Trump recently accepted Russia’s invitation, the U.S. president talked about his intention to put forward a “bold initiative” to China and Russia that prevents the outbreak of an arms race, providing more hope for the future. However, there is a question about the China’s readiness to enter into new multilateral initiatives, considering that Russia has 6,850 nuclear weapons and the United States has 6,650, while China has only 300.