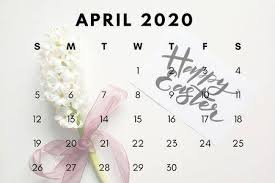 And in the end, the distance made us closer. Florestán

When President Andrés Manuel López Obrador, in speaking of the new coronavirus, affirmed yesterday morning that everything would return to normal on April 19, he turned to look at his seated guest, Dr. Hugo López-Gatell.

The undersecretary hesitated to publicly contradict the president of the republic — who, like the country, is going through critical hours — and managed only to respond with a nervous half smile to avoid disagreeing.

April 19 is when announcements will be made about the end of the school break, the judicial break and, I suppose, that of the federal government, but not the end of the pandemic. As for that date — April — according to data from López-Gatell himself, we will not yet have reached the peak that he calculates for June, nor will we have begun to see the decrease in August, a process that will take until October.

These are the projections of our health authorities.

As for Donald Trump, he affirmed two days ago that in his country the pandemic would end on Easter Sunday. At the same time, yesterday, the U.S. was ranked first place worldwide for infections, with 82,214 cases — above China and Italy, which had occupied first place. The difference is still the number of deaths: China, 3,292 and Italy, 8,215, the highest record of all. The United States reached 1,295 deaths last night.

I contend that we have not yet seen what we are going to see in Mexico, with this scourge that will alter everything: lives, beliefs, values, way of being and living, finances, economy, institutions, society and government.

Things will never be the same again.

And it will take time to understand, accept and adjust to the inevitable, and unknown, change that is coming.

Factor: The fact that the World Health Organization has said that the United States will become the new ground zero, ahead of Italy, due to the speed of increase in its cases, is a recently available factor that will alter projections for Mexico, due to population density. The border is a single community, in essence, a third country;

Company: At the virtual summit of leading rich and developing nations, with the heads of government of the most important countries in the world, President López Obrador was accompanied by Marcelo Luis Ebrard Casaubón and Arturo Herrera Gutiérrez, and also by the undersecretaries Julián Ventura Valero, of the Secretariat of Foreign Affairs, and López-Gatell, of the Secretariat of Health; and

Parallels: The arrest warrant issued by the United States against Venezuelan President Nicolás Maduro Moros, accused of leading a drug trafficking cartel, takes me back to the days of Manuel Antonio Noriega Moreno, the Panamanian dictator, when the U.S. invaded that country in December 1989. Mexico has not taken a position on this.