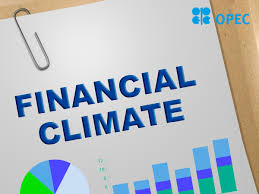 The free market does not always work. The limitations to antitrust laws are being experienced in the United States. The U.S. had been producing an increasing number of barrels of oil, reaching 12 of the 20 million barrels a day it consumes. The country does not want to depend on imports from Arab countries, Russia or Venezuela, because they are countries with which it does not have harmonious political relations and therefore are not reliable as suppliers of such an important import. The situation of oil production in the U.S. has been made more complicated by the drop in prices per barrel from $65 to $20 in 2020.

Bankruptcies are emerging for many U.S. oil production companies due to costs that exceed income from sales — because of a dramatic drop in demand due to the effects of the coronavirus on the population. The reduction in vehicular, cruise and airplane traffic has reduced demand by as much as 30 million barrels a day. Before the emergence of the coronavirus, the world demand for oil grew from 85 million barrels per day in 2008 to 101 million barrels in 2020: 17%.

According to Reuters, oil prices have dropped to roughly $20 a barrel from $65 earlier this year. More than 3 billion people are sequestered because of the virus, reducing global demand for oil by up to a third — or 30 million barrels per day.

Now the Organization of Petroleum Exporting Countries members do not want to reduce oil production to raise prices to cover costs unless non-OPEC countries also raise theirs — in order not to lose market share percentage or subsidize U.S. production. But U.S. antitrust laws do not allow such price cartelization agreements, even to save the United States from dependence on oil from hostile countries.

According to The Wall Street Journal, officials from the OPEC countries, an alliance of oil producers led by Saudi Arabia and Russia, will discuss production cuts of at least 6 million barrels per day on Monday and will consider inviting U.S. producers to participate.

The outcome of the virtual summit between OPEC, led by Saudi Arabia, and 10 nations led by Russia, depends largely on the discussion last Friday between the White House and U.S. oil companies. President Donald Trump attempted to launch a lifeline to oil prices last week when he announced that the Department of Energy would buy oil for the Strategic Petroleum Reserve and “fill it right up to the top.” Trump says he will not interfere with antitrust laws.

Saudi Arabia and Russia will not cut production, unless they receive signals from U.S. producers that they, too, will cut production, according to official statements. But they added that joint official restrictions would be more difficult to enact in the U.S. because of antitrust laws.

That could be an underestimation of the impact. IHS Markit said the impact on the supply of U.S. shale oil could be more than 2 to 4 million barrels per day over the next 18 months. Jason Kenney, the premier of Alberta, Canada’s top oil-producing province, said Thursday that Alberta was open to joining an OPEC production reduction deal.

What will the United States do: Will it join OPEC? Or will antitrust law prevail?