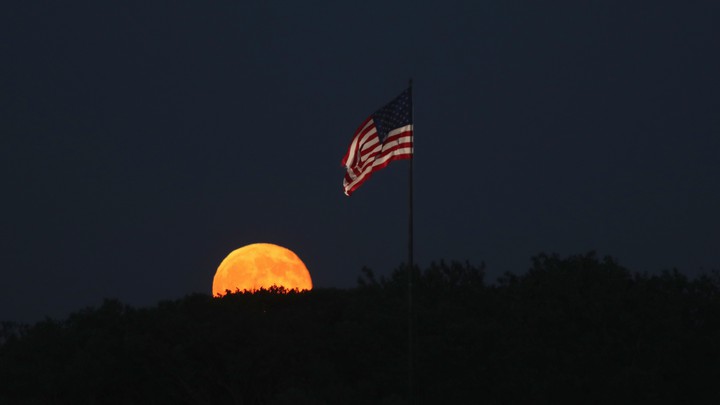 The United States of America emerged as a world power with the help of the Spanish flu. Is its power now declining with COVID-19?

The 1918 influenza pandemic known as the Spanish flu hit the entire world. Some 50 million to 100 million people died. While 15 million people died in World War I, influenza killed at least three times that. The influenza did not affect all countries equally. Germany lost 3.8% of its population, some 230,000 people, and Hungary lost 12.7%. Political scientist Andrew Price-Smith claimed that the influenza contributed decisively to the defeat of the central powers.* The influenza paralyzed the Austro-Hungarian Empire’s control over its land and accelerated its collapse, and Germany’s twice-attempted 1918 attack also failed, because its army could not function normally due to the influenza.

Of course, the United States also suffered great losses, with 675,000 deaths. But in spite of the damage done by the influenza, American society showed flexibility, resilience and power in increasing its military and its munitions. Leaning on American might, the allied powers were able to win the war. With this victory, the United States suddenly emerged as a world power.

Approximately 100 years later, on April 1, a strange story appeared in the news. On that day, a Russian military plane landed at John F. Kennedy International Airport bringing respiratory equipment and masks in order to save the lives of Americans. The United States did not have enough medical equipment for its skyrocketing number of confirmed coronavirus cases. Two days earlier, President Donald Trump, who had declared a national emergency, had asked Russian President Vladimir Putin for emergency aid. This would have been difficult to imagine in the past, and would never have been able to take place if this were happening during the Cold War. The America that has to request aid from Russia and China is very different compared to the America of 100 years ago.

While China was suffering from the effects of COVID-19, the United States did nothing, calling it the “Chinese virus.” It did not help China. While the Americans were watching China’s pandemic, they did not quarantine themselves properly. Because of this, the virus spread quickly, and now there are more than 300,000 cases of the virus in the United States, the highest number in the world. It is difficult to imagine an end to what this situation has become. As a result, 1 million people have become unemployed in the past two weeks alone. In a worst case scenario, the unemployment rate could rise to over 30%. Although the government is pouring money into the economy, it is still declining. In this uncertain time, it is possible that this may could result in an economic shock that is greater than the Great Depression of 1929.

We cannot hope for world leadership from a United States in dealing with a pandemic. The Trump administration has already tried to step away from a show of any leadership. The problem is that the United States has asked other nations for their help. Yet, if necessary, the United States would not hesitate to take action that harms other nations in order to help itself. For example, to combat falling oil prices, the United States told Russia and Saudi Arabia to decrease oil production despite showing no sign of decreasing its own. It demanded that 3M Co., which manufactures masks, stop exporting to Canada and Latin America, who protested that action. The United States is even suspected of intercepting the delivery of and confiscating hundreds of millions of masks that France had ordered from China. How much lower can the United States stoop?

“America First foreign policy in action isn’t restoring confidence in American leadership,” she says. If the United States had shown good leadership, it could have alleviated some of the effects of COVID-19 on the world, but instead, “Trump missed a chance to be publicly tested.”

Stephen Walt, a professor of international affairs at Harvard, takes it one step further: “COVID-19 will also accelerate the shift in power and influence from West to East.” The COVID-19 crisis is accelerating the rise of China. China will not be comfortable during the global recession, but it is pulling itself up before the United States or other Western nations. It is increasing aid to Italy and Iran, as well as to Africa and Pacific island nations, in an effort to establish a medical Silk Road.

Although the United States was the main force that pulled the Allies to victory in World War I, it also brought the Spanish flu to Europe. That virus moved the center of power from Europe to America. Will COVID-19 be the factor that accelerates China’s rise, at the expense of the United States?