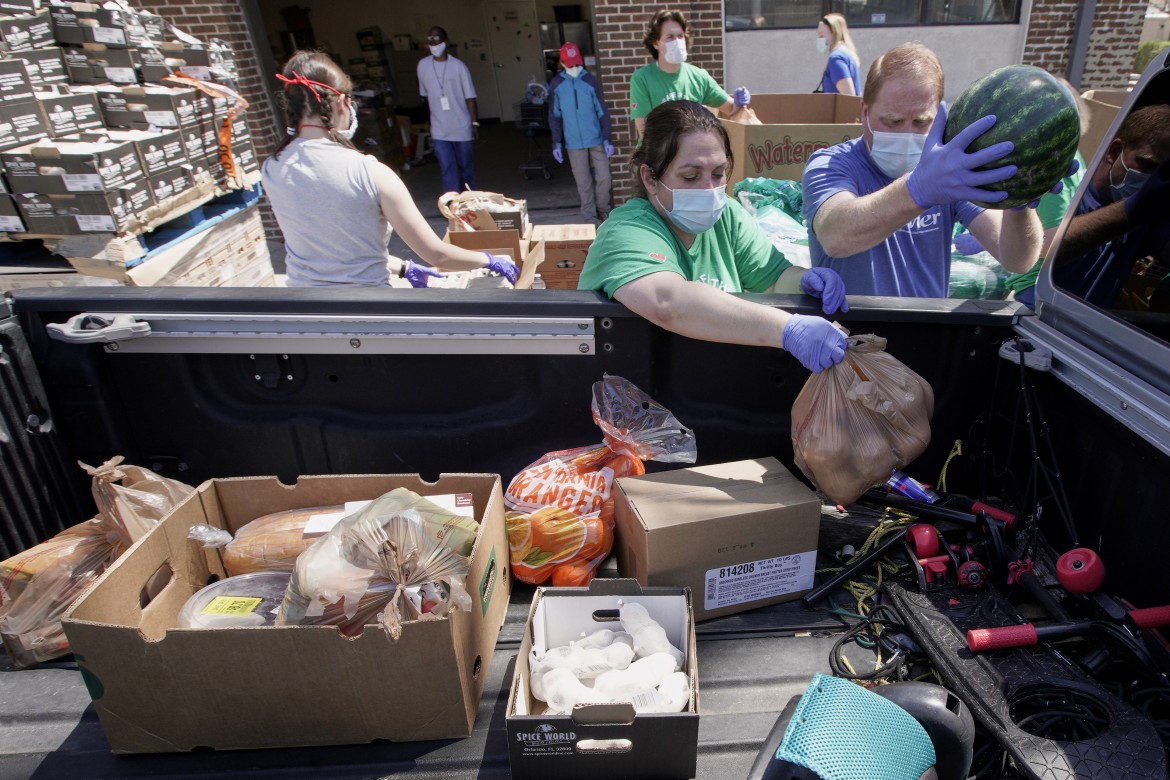 Pandeconomics. Since mid-March, 26 million people have applied for unemployment benefits, but many more have lost their jobs. After 1929, it took 2 1/2 years to reach similar levels. This time, it’s taken 1 1/2 months.

Meat could soon be a rarity on the tables of 80 million -100 million Americans, thanks in part to the sharp rise in unemployment over the past five weeks, but also as a consequence of the concentration of cattle, pig and chicken handling in a few enormous factories. Since mid-March, 26 million Americans have applied for unemployment benefits, but the number of lost jobs is probably much higher, because these statistics do not account for the self-employed, freelancers and migrants working illegally.

The meat problem stems from the nature of the food industry in the U.S. For example, as a result of COVID-19, Tyson Foods has closed its Waterloo factory in Iowa, a state with a high concentration not only of enormous farms but also processing plants. In neighboring South Dakota, the Sioux Falls factory closed after 900 workers were discovered to be infected. As of yesterday, according to the Midwest Center for Investigative Reporting, 3,700 workers were affected by the coronavirus in 65 factories across 24 states. Although the majority of these factories remain open, purporting to take sufficient precautions to ensure the safety of workers, the reality is that many others will yet be added to the 17 already closed, due either to a decision by the health authorities or a refusal on the part of the workforce to continue risking their lives.

Even in ordinary times, abattoirs are contaminated, dangerous places. This was already accepted knowledge in 1906 when Upton Sinclair wrote “The Jungle” about Chicago’s slaughterhouses. It is, then, perfectly possible that the fragile supply chain of hamburgers, sausages, chicken breasts and turkeys will grind to a halt, inspiring a repeat of the supermarket scuffles witnessed a month ago in response to the toilet paper shortage.

Even if agricultural products somehow continue to reach their destination, the fact remains that the American economy has suffered a century’s worth of damage in the last month and a half. The crisis of 2008 is already forgotten, a hiccup when compared to today’s reality; parallels are instead drawn with the Great Depression, which began in 1929 and from which the U.S. only started to emerge in 1942, thanks to World War II.

No one can predict the long-term effects of the pandemic, but we can look at the figures: In January, the work force numbered 165 million people and today, around 30 million (18%) of those are out of work.

It’s true that in 1930 the Hoover administration did little to alleviate the effects of the disaster, whereas today a fourth bailout of the economy is being discussed in Congress and the Federal Reserve is stamping dollars as if they were Monopoly bank notes, but all of this will not be enough.

Quarantine will continue in the richest and most populous states, from New York to California, so the impact on domestic consumption will be particularly brutal. If the Republican-led rural states put an end to lockdown, as Donald Trump wants, it’s likely that they’ll be hit by a second wave of contagion that will force them to reintroduce security measures, with even worse consequences.

Entire economic sectors are on the verge of collapse, in spite of the federal government’s generous subsidies: The extraction of a barrel of oil via fracking costs three times the current market price. Also affected are airlines, tourism, hotels and restaurants, in addition to agriculture which risks seeing its produce − grapes, lettuce and tomatoes among other things – rot due to a lack of seasonal workers, blocked at the border by Trump’s edicts.

Political uncertainty – with a president-clown spouting implausible advice daily, telling his fellow citizens to sunbathe and inject themselves with bleach to cure the virus – will surely not help things.