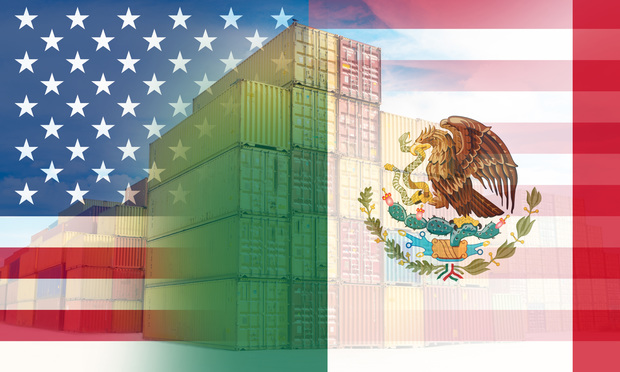 At the moment, President Andrés Manuel López Obrador, faces the unwavering determination that an economic reactivation program will amount to no more than the expansion of existing social programs; and economic sector experts acknowledge that the only light at the end of a long, dark tunnel will be the United States. As the U.S. economy opens up and recovers, many Mexican companies will have a chance to survive and allow workers to keep their jobs.

Also, the consolidation of production chains between the two countries makes the return of many U.S. industries extremely complicated without established Mexican suppliers.

Monday, Pentagon Undersecretary for Procurement Ellen M. Lord told a news conference that the U.S. is lobbying Mexico to reopen certain manufacturing facilities that supply Defense Department contractors. “Particularly, we see a slowdown in the shipyards, to an extent. Aviation is actually the most highly impacted sector we have right now.” Pointing to Mexico, Lord announced the U.S. is already working with its embassy, lobbying for certain strategic suppliers to reopen.

Hours later, U.S. Ambassador Christopher Landau tweeted, “I am doing everything I can to save the supply chains between Mexico, the United States and Canada that have been created through the last decades. It is possible and essential to take care of workers’ health without destroying those chains. North American economic integration requires coordination.”

Landau did not specify whether he was addressing only Pentagon needs or those of other sectors, but it is clear that this has become a priority for his government. And it should also be for Mexico.

In the coming weeks, public health authorities will begin to plan a staggered return to Mexican economic and social activity. Economic sectors should be involved in this effort so early openings can be coordinated with the public health measures being taken by companies linked to the United States, all this in an effort to alleviate, to some extent, the coming disaster in employment and growth.

We can show off these companies in the morning, of course.