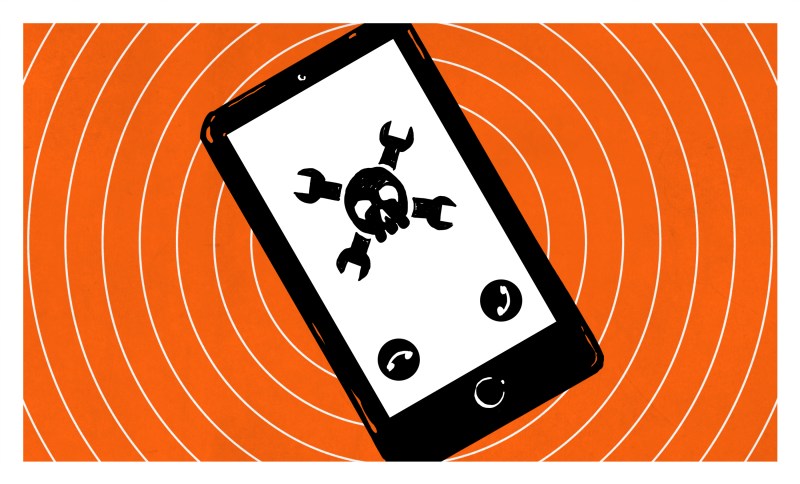 For digital companies, the COVID-19 crisis is a unique opportunity to durably strengthen their grip on users.

Tests that trace cell phone users represent how high the stakes are for Google, Apple, Facebook, Amazon and Microsoft (collectively known as GAFAM) and will determine their commercial future and civil and political relationships. That is why we find them participating in the fight against the pandemic, brimming with activities related to contact tracing.

This is a development that is fraught with consequences, the significance of which is poorly understood. The potential of this surveillance system is underestimated. Its proposed functionality seems limited, because it deals with knowing if we have been in contact with a COVID-19 carrier through a phone app. In reality, it is a very intrusive technology that can be implemented only under the exceptional circumstances in which we now find ourselves. Today, a large majority of the population which is rightfully worried accept and even demand such electronic surveillance, which they believe to be very effective. One cannot underestimate the intensity of the fear of contagion, a fear exacerbated by the contradictory information delivered by government officials.

The Hold on Users

The first such systems are already operational in Singapore and South Korea. In France, the telecommunications company Orange, formerly PPT, got in line, asserting its past experience in monitoring French citizens by tapping phones and intercepting mail. The “StopCovid” app was effectively canned in less than two weeks because it is impossible today to have a national and supreme app that ignores the international context. Of course, the government does not present it that way, but limits itself to saying that there will be no app available on May 11, and speaks awkwardly about “technical challenges.”

GAFAM, on the other hand, works at an international level, blocking European coordination, among other things, thanks to recent agreements with Germany and Great Britain. In the U.K., Microsoft, Google, Amazon and a CIA partner company, Palantir, are collaborating with health officials to install a shared tracing application. If this app establishes itself in a majority of developed countries, it will be impossible to develop competing applications.

For the digital giants, it is a unique opportunity to durably strengthen their grip on users. Knowing that their economic model rests on surveillance of their audience and sales of targeted advertisements, one can easily understand their activism. As for governments, they will have a precious tool at their disposal to manage and predict the behavior of their citizens, something very useful in these times. As such, this technology, which goes hand in hand with facial recognition, can quickly become established. Then, all that remains is to offer the usual guarantees about privacy protection to calm those who are still worried. And voila! that’s all there is to it.

However, first the digital giants must seduce officials and the public by displaying altruism and responsibility. As a matter of urgency, they set up a “coopetition” (cooperation among competitors). First things first, the fight against the extraordinary proliferation of false advertising surrounding COVID-19 involves the following:

• The web is quickly saturated with fake or dangerous offers, such as noncompliant masks, miracle healing remedies and unauthorized medical products;

• Working groups are created to censor dangerous messages; and

• Google’s Trust and Safety Team works with dedicated teams from its major competitors, Facebook and Instagram, and together they develop powerful artificial intelligence tools.

While states struggle, to put it mildly, to coordinate their actions, companies in the field act swiftly and effectively. Nothing can stop them. Their pledge not to intervene in political affairs gets swept aside in the face of this vital emergency. When Brazilian President Jair Bolsonaro uses Twitter to question the reality of the pandemic, his tweets are quickly erased, as are his videotaped remarks.

A March 13 event presented a new perspective and gave GAFAM the opportunity to showcase its “moral fiber.” During his press conference at the White House, President Donald Trump announced that 1,700 Google employees were setting up a vast guidance and referral service to fight COVID-19. The company’s staff was stupefied: No one at Google had yet had the time to work on this type of project, except for a small San Francisco subsidiary, with respect to a regional application.

Guess how Google’s CEO reacted. Instead of accusing Trump of fake news, he declared, with the improvisational skill worthy of a great politician, that he would, in fact, soon be proposing a site dedicated to the fight against the coronavirus and have the first mock-up online a few days later. In summary, Trump is using Google to show his mastery of a catastrophic situation, and the California firm is taking the ball and running with it, hoping that the administration will know how to show its gratitude. The challenge, among others, is to block those in Washington who protect against monopolies, and there are many in the Justice Department as well as in other agencies who fight against such abuses.

Thus, GAFAM is multiplying the number of its generous initiatives. Facebook, Google, Twitter and Instagram offer services to governments around the world dedicated to the fight against the pandemic. The governments of India, South Africa, Singapore and South Korea benefit from such services, as does the World Health Organization. In France, the government circulates its messages using a chat app available on WhatsApp and Facebook. Google and its competitors are giving hundreds of millions of dollars to the WHO and to other nongovernmental organizations working in this sector. Paradoxically, at the same time, Trump has accused the WHO of failing to detect the pandemic in time and has cut off its funding.

Cooperative working tools, geolocation data useful in the fight against the virus and interactive maps that show the evolution of the health situation are also being offered to the scientific community and to governments. It is a unique opportunity to reinforce the connections between the digital sector and health-related activities, a gigantic market for which budgets will explode, thanks to the pandemic. On a global level, it represents at least $10 trillion in 2021. On the other side of the Atlantic, a techno-authoritarian “solutionism” is materializing for the scourges that plague us. Our future is taking shape without the power to realize alternative ideas and without any reaction from the old Europe.