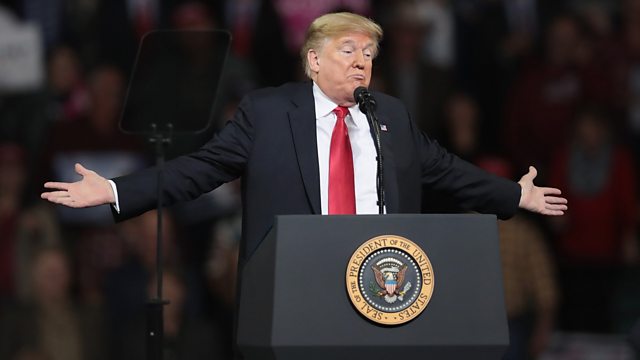 As of May 6, approximately 70,000 people have died from the coronavirus in the U.S. According to Donald Trump, sacrifices must be made to save the economy.

That Donald Trump did not wear a protective face mask despite visiting a factory that he knew produced the very item? All right.

That the song “Live and Let Die” by Guns N’ Roses actually blared out of the speakers in the background of this carefully planned media appearance in a country in which more than 71,000 people have died as a result of COVID-19 within less than three months? All right.

That he claimed nobody has taken the tragedy caused by the coronavirus in the United States “harder than me” without showing any sign of embarrassment? All rright.

We are used to his mistakes, his lack of tact and the hypocrisy.

This monstrosity, however, is new: following his first appearance outside the White House, where he has spent more than six weeks, the president, with his brutal honesty, revealed a change in policy direction while he was in Arizona on Tuesday, the consequences of which will be severe.

For Trump, managing the epidemic is no longer the goal. In other words, the aim is no longer to control the risk of infection through social distancing, widespread testing, and contact tracing until there is an effective treatment, or even better, a vaccine.

Trump Wants To Ease Restrictions – at Any Price

Faced with disastrous approval ratings, Trump thinks the only way to ensure he is reelected on Nov. 3 is to immediately halt the U.S. economy’s descent into misery caused by confinement measures and other restrictions.

This will require easing the numerous bans and restrictions the state has implemented to the most extreme extent possible, a move which, according to most scientific experts, will quickly lead to a significant increase in the number of infections and deaths, as well as to an overburdened health care system that is already under strain.

Trump Wants a 2nd Term in Office – the Rest Is Unimportant

Trump thinks he can make this ruthless decision himself.

That, in the wake of a virus that is ravaging the United States like no other country due to the blatant failures of his government, he will get his second term.

That enough of his voters will tolerate a death toll soaring much higher than originally expected if, in return for their support, they are given back their income and a few personal freedoms.

In other words: Trump, the gambler who once bankrupted casinos in Atlantic City, has gone all in. His stakes: the lives of thousands of Americans.

In that sense, “Live and Let Die” really was quite a fitting cynical soundtrack.