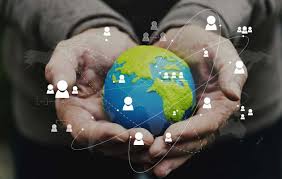 The G2 hegemony − in other words, the international impact of the current great power couple, the United States and China − vanished when confronted with COVID-19, the worst global menace since World War II. Ian Bremmer, international analyst for the Eurasia Group, refers to this geopolitical period with hints of world anarchy as GZERO.

The pandemic originated in one China, one of these two great powers. As was expected, just as they had already done in the 2003 SARS crisis, Beijing tried to downplay the epidemic in an attempt to avoid the loss of global prestige and the negative impact on its economy.

Xi Jinping, who has led China since 2012 and who has achieved a quasi-imperial concentration of power, stayed out of public view at the beginning of the pandemic until the death rate got out of hand. By that time, hundreds of thousands of infected travelers had flown from the epicenter in Wuhan to every corner of the planet. Xi, in a display of strict authoritarianism, locked everyone in their homes and, within a few months, brought the first outbreak under control. However, the damage to China’s reputation, to the health of the world and to the national and global economy, was already done.

No matter how hard Xi tries selling (in some cases, and giving away in others) medical equipment made in China, he will not be able to erase the original sin of creating the cover that allowed the pandemic to spread beyond China’s borders.

The U.S. under Donald Trump has disappeared from the global scene. The entire world is incredulous that the richest country in the planet has become the very center of the epidemic, with between 25% and 30% of the active cases and deaths due to the coronavirus.

“America First,” the slogan for Trump’s campaign and his presidency, was the deathblow to the U.S. global leadership to which we were accustomed, for better or for worse. The U.S. had maintained a global structure through its military dominance, alliances such as NATO and the multinational organizations based in its territory − the U.N., World Bank and the International Monetary Fund, among others. The so-called Pax Americana was a certain global order that, for many, was responsible for avoiding a third world war or a nuclear confrontation. However, under Trump, the U.S. has dedicated itself to undermining that very same order that forced the end of World War II.

COVID-19 seems to mark the true beginning of a cold war between the U.S. and China. Trump insists on calling it the Chinese virus. Both Beijing and Washington have floated conspiracy theories blaming the other for having created the novel coronavirus as a biological weapon. The thing is, neither the Chinese nor the U.S. can be relied on to combat the pandemic.

However, multilateral organizations, particularly the U.N., have shown that they do not have the necessary traction, due to both their structure and their leadership, to coordinate nations ahead of this crisis. Furthermore, the World Health Organization, which should have been sounding alarms since the beginning of the year, allowed itself to become a subject of Trump’s reelection campaign due to its warmth toward China: It’s a China-centric organization!

Nor have groups such as the Group of 20 industrial and emerging-market nations or the Group of Seven major industrial nations helped in achieving any functional coordination to confront the pandemic. They depend too much on the leadership of the U.S. and the European powers − Germany, France and the United Kingdom.

Which countries or organizations are filling in the gap? Australia and South Korea, among others.

Australia is notable because it was the first country to insist that the WHO investigate the origin of SARS-CoV-2, which is the virus that causes the illness knows as COVID-19. China did not like this at all, but Canberra insisted in spite of Beijing’s claims. Australia is a country with a strong rule of law that has achieved a good balance between the U.S., a military-strategic partner, and China, its great commercial partner.

South Korea has shown itself to be a disciplined society, very aware of the earlier outbreaks of SARS, and its federal executive established an early pact with private industry that had double success. First, it avoided having its medical personnel become infected, and second, it exported personal protection equipment to nearly 50 countries.

COVID-19 reveals that, while the current great powers politicize their responses to the pandemic, other nations adopt the true model to follow.

The virus, as well as the most vigorous responses and interventions, came from Asia. The 21st century has already been proclaimed as the century of the East. COVID-19 is simply accelerating the future.