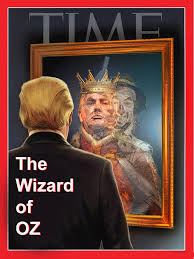 Donald Trump promised that the coronavirus pandemic would disappear “like a miracle” (Feb. 28). That his government was “prepared” (March 10). That the virus would cause “very few deaths” (March 12). These promises echoed the ultimate promise that the New York billionaire sold to Americans in 2016: He was “the only one” who could “fix” the United States.

With less than six months remaining until the presidential election, the coronavirus pandemic has already killed 80,000 people and caused an unemployment rate of 14.5% in the U.S. Twitter, the mirror in which Trump seeks reassurance every morning, stubbornly refuses to reflect the best president in American history, which he claims to be. This has not prevented him from positioning the mirror of his presidency in such a way that it reflects an alternative image.

Trump also has an ability to bounce back, which the Democrats fear. He can count on the loyalty of the conservative media, on the silence of Republican members of Congress, and on the determination of his supporters to offer him the benefit of the doubt.

Moreover, the American president clings to conspiracy theories against him, hardly bothered by their contradictions. He can thus award himself “excellent marks” for his response to the pandemic, as he did on Sunday despite the heavy toll of the crisis. He can also claim to have known about the pandemic before everyone else (March 17) while announcing two days later that “no one knew there would be a pandemic.”

Trump is putting up a smokescreen to attempt the greatest trick of his political career. The self-proclaimed chief repairman is going to ask a broken America to believe that nothing was his fault. And to reelect him.

About Anindita Jaggi 33 Articles
I'm an ESL teacher from Australia. I am interested in translating, linguistics and anything language-related! Apart from English, I speak Hindi, French and a bit of Spanish.