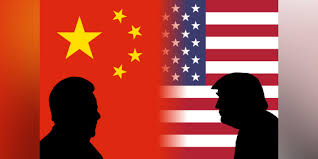 On Wednesday, United States Secretary of State Mike Pompeo testified before Congress that Hong Kong no longer has a high degree of autonomy with respect to China, and thus is no longer eligible for special legal treatment established in July 1997. At the same time, Pompeo falsely declared that the U.S. “stands with the people of Hong Kong.” In his report to Congress, Pompeo stated that the U.S. government will announce sanctions against China’s security law for Hong Kong, but Pompeo’s statement does not automatically mean the U.S. will revoke Hong Kong’s special status.

The battle between China and the U.S. for Hong Kong has already begun. The U.S. is being aggressive, but there is really only one step it can take to have a substantive impact, which is to abolish Hong Kong’s special status and treat Hong Kong as part of mainland China. However, this is a double-edged sword that will simultaneously harm many American companies by severely impacting U.S. exports to Hong Kong.

Overall, China is the driving force in the China-U.S. battle for Hong Kong. Although the U.S. may damage Hong Kong’s position from the outside, this strategy is limited. Following the adoption of the Hong Kong national security law, the ability of the U.S. to directly intervene in Hong Kong affairs will be greatly reduced. The way in which the situation in Hong Kong progresses and whether the city remains prosperous will be determined by the independent actions of Hong Kong residents with the help of China.

The United States has long regarded Hong Kong as a pawn in its fight against Beijing. As soon as the U.S. loses this battle, its real face as the enemy of the people in Hong Kong will gradually be revealed. The more sanctions are placed on Hong Kong, the more the interests of Hong Kong will be tied to those of mainland China, and a pattern of shared honor and disgrace will truly form. The national security law and the United States’ wrongful actions together will rebuild Hong Kong’s public forum, creating a general tendency for nationalism and the loss of any room for aggression and revolt.

Hong Kong will eventually stabilize, which will open up broad prospects for it to continue as a financial center. The strength of the Chinese economy and the gradual completion of its economic system provide ample opportunities to support the global financial system. Many Chinese cities serve as financial centers, which is not a gift bestowed on them by the United States but a position earned by the Chinese people themselves. It can be said that once you reach the coastline of China, once a city is determined to be a financial center, nobody can destroy the power and fortune of that place.

The U.S. has never given Hong Kong any special benefits. In the past, Hong Kong’s function as a financial center has persisted by means of its clever display of reliance on mainland China and its unique advantage as the best mediator between China and the West. If the U.S. insists on decoupling from China, it certainly will never be able to blame Hong Kong alone.

Promoting disorder in Hong Kong is a vicious strike by the U.S. Before the national security law, negative forces plotted to damage the relationship between Hong Kong and the mainland. Now, the U.S. has turned its back on Hong Kong. No matter how the deterioration of Chinese-U.S. relations plays out, it will be reflected in Hong Kong, which must adapt to changes and enhance its own ability to maintain prosperity.

The U.S. is not the world, and it does not even make up the entirety of the West. As soon as Hong Kong regains its stability with the strong support of China and regains a high degree of autonomy, then the momentum for development will be stronger than before. Looking at the great things Shanghai and Shenzhen have done, Hong Kong has the same resources to work with at home and also has more access to resources globally. Hong Kong has no reason to diverge from its current path simply because the U.S. has made things more difficult. The United States simply does not have that much power.

Let Washington yell; its sanctions are nothing but extreme bluffing. It is pleasing to see that many Hong Kong institutions, organizations and business leaders have all expressed their support for the national security law, and the momentum of radical demonstrations is much less forceful than what people are describing. Internationally, the response to Washington has been of a much lesser scale than Washington had hoped to achieve. All of this tells us that the Hong Kong national security legislation has actually been a relatively proactive first step.

Hong Kong’s high degree of autonomy requires protection by the national security law, and Washington does not have the power to define what this autonomy means. The U.S. has made a rash judgment about its role in Hong Kong before the national security law has been fully worked out, exposing Washington’s desire to make the battle for Hong Kong another round in its chess game against China. Well then, the Chinese await its next move.