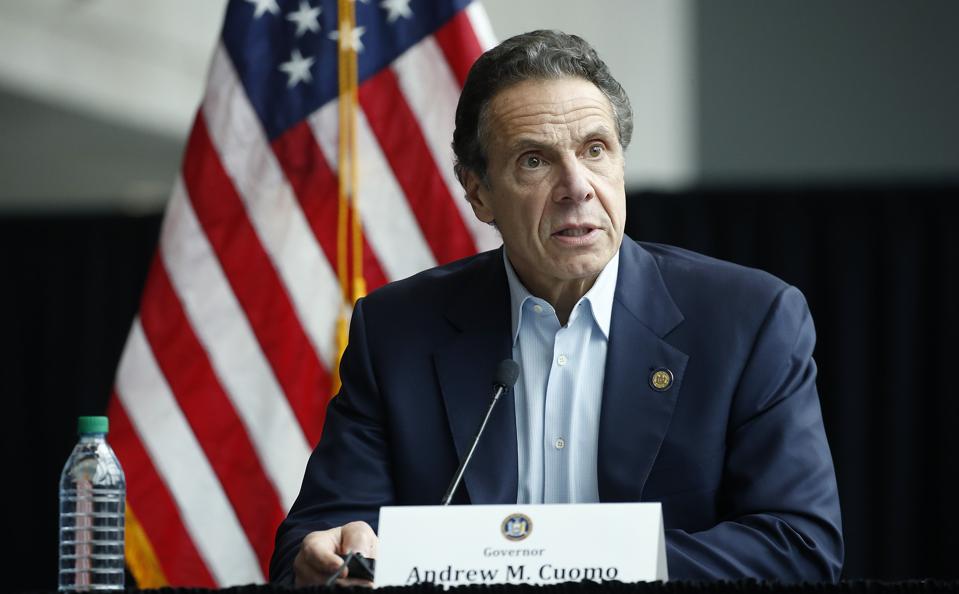 Andrew Cuomo captivated Americans, but just like other politicians, he will have to answer if he sinned by omission or deliberately during the virus crisis.

To say that a politician has “blood on his hands” because of coronavirus-related deaths has become commonplace, in many cases unjustly and in others, subject to doubt.

Is it fair to say that this governor killed 10,000 seniors?

Everyone will eventually be judged, be it in the polls, in the court of public opinion or in courts of justice, if there is evidence of omission or criminal inaction.

Certainly, many Americans, accustomed to a litigious society, are considering filing lawsuits.

Of all the cases, the clearest one involves New York Gov. Andrew Cuomo, who has ironically become the most popular politician in the United States because of his highly engaged position in the battle against the coronavirus.

Cuomo is not only the target of the most common complaint, which alleges that he took too long to declare a quarantine, he is also charged in connection with a directive he signed on March 25.

Pursuant to this directive, nursing homes became obligated to accept elderly patients that were discharged from hospitals.

The intention was good: to create space for the tsunami of sick patients that would fall upon New York’s health care system and which would eventually culminate in more than 23,000 deaths.

Between March 1 and May 1, more than 4,800 elderly patients, including patients who tested positive for COVID-19, were sent to nursing homes, which were all but transformed into “death chambers” by an environment that was disposed to causing large scale contamination by a disease that generally kills the elderly who have more underlying health conditions.

Between the discharged patients and those that would become infected, the general death count is approximately 10,000.

By the end of March, when Cuomo signed the directive, widespread death in Italy and Spain had already shown the effects of COVID-19 on the elderly.

Is it fair to say that Cuomo knew about this and still signed the order? It is very likely he did not. However, there is ample margin for doubt.

“Twenty percent of our lost loved ones are from nursing homes … because Gov. Cuomo and several other governors forced COVID-recovering patients into nursing homes.”

The accusation was made by Janice Dean, who works as a meteorologist at Fox News. She lost both of her in-laws within a week of each other, and found it even more revolting when the governor appeared on CNN during a show hosted by his brother, Chris Cuomo, and both made jokes.

Cuomo has also been attacked by the left in case anyone thinks this debate is being skewed.

The Guardian reported that an analysis made by Columbia University concluded that if New York had acted just one week earlier, ordering people to stay at home and maintain social distancing, 17,000 lives could have been saved.*

The same principle of “if he had acted sooner,” was employed against British Prime Minister Boris Johnson, Scottish First Minister Nicola Sturgeon and Spanish Prime Minister Pedro Sanchez. The same “model” of sending elderly patients to nursing homes to free up space in hospitals and intensive care units was used in England.

Excessive or additional deaths in these institutions rose to 24,000, of which 12,400 were not officially related to the virus.

To attribute all the blame to the authorities, which undoubtedly made mistakes at a high cost, is also to ignore the societal indifference toward the elderly who are sick and vulnerable. In other words, expendable.

But the political component of the pandemic does not allow the matter to end. With the reflux of infections, the fight is escalating in Spain, where the left-wing government faces flak from right-wing parties.

Now the firing of the commander of the Madrid Civil Guard, Diego Perez de los Cobos, is in the spotlight after the commander sent a report that criticized the judge investigating the approval of a March 8 feminist rally, which became an infection hot spot, and included Minister of Equality Irene Montero, who is married to Pablo Iglesias, the leader of the ultra-leftist party Podemos.

The document criticized Fernando Simon, the director of sanitary surveillance, who has much to explain. He took too long to understand the situation and opposed the general use of masks, among other errors.

Governments and health authorities from different countries made the same mistakes in the midst of a new disease, compounded with the seriousness of the fact the virus was covered up at its point of origin in China and a combination of unprecedented health complications.

It seems obvious today, but how can one have prohibited a feminist march without seeming misogynistic? France also authorized the March 8 rally, and one week later, when the scope of the disaster was unfolding, it also authorized the first round of elections for mayor.

In hindsight, it seems absurd. But could Emmanuel Macron have suspended an election without provoking a political riot?

“We were all wrong,” Cuomo said, referring to the projection models that showed unusual figures, generally higher than what was considered reality. These projection model errors are still being made, with one of the newer cases being that of Washington University`s Institute of Health Metrics and Evaluations, which predicted 125,000 coronavirus deaths in Brazil.

To put everyone in the same basket is a way to lessen one’s own guilt. Despite the fact that Cuomo may be a potential Democratic presidential candidate in 2024 (or even next November, if something goes very wrong with Joe Biden), even his biggest fans are reticent.

It is not easy to determine which deaths were avoidable, particularly when it involves people who were already nearing the end of their life. However, signing a directive to send elderly patients to nursing homes carries a special weight.

In civilized countries, the mortality of the elderly cannot be overlooked. To do so would risk challenging the very concept of civilization.

*Editor’s note: Although accurately translated, the information here could not be independently verified.