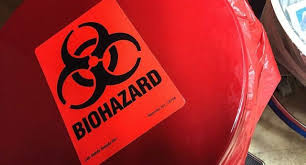 Modern Ukraine is a problematic country for its neighbors in many ways. Last year, Hungary blocked a joint declaration of the Ukraine-NATO commission and lifted the veto only after it included a provision obligating Kyiv to end the infringement on the language and cultural rights of the Hungarian minority in the country. In January 2020, Poland “with great anxiety and sadness” had to once again witness the annual torchlight procession on the birthday of Stepan Bandera, and together with Israel, protested the commemoration of “a figure that must be condemned for good.” The desecration of monuments by peaceful Polish and Jewish people who were victims of German and Ukrainian nationalists during the Nazi occupation became a common occurrence in Bandera’s Ukraine.

The post-Maidan administration in Ukraine creates so many problems for Russia that one could count them all night. These problems are not petty misunderstandings or troubles that can be resolved through negotiations, but rather hostile policies, which are deliberately and consistently pursued by Kyiv against Moscow.

However, modern Ukraine presents a serious threat to our continent which reaches far beyond the usual ideological provocations and individual acts of aggression toward its neighbors. Kyiv’s risky experiments with the placement of biolaboratories on its territory threaten the epidemiological security of all of Europe and is causing reasonable concern in Asia.

According to various sources, there are currently about 15 biolaboratories in Ukraine funded by the U.S. Department of Defense. This poses a logical question: What, in fact, did the Pentagon leave in a country so far from the U.S.? Why did the U.S. army suddenly have the need to spend millions of American taxpayer dollars to create such a vast network of military facilities that work with strains of deadly diseases which can be used as biological weapons?

Despite the fact that American biolaboratories appeared in Ukraine 15 years ago, the necessary information verifying their true purpose and how they are used has still not been released. In response to Viktor Medvedchuk, leader of the political party Opposition Platform – For Life, the U.S. Embassy admitted only to the fact that these facilities exist and that they are financed by the United States, allegedly built “in order to make life safer for all of us.”* And for some reason, the information published in 2017 about conducting research using “especially dangerous” “human pathogens” in at least one of “the laboratories at biosafety level 3” disappeared from the Ukrainian version of the diplomatic mission’s website.

Even if we suddenly assume that the purpose of American military facilities in Ukraine and other former Soviet countries is purely peaceful, the safety of laboratories working with deadly strains causes reasonable doubt. “Washington’s reluctance to provide transparency regarding their military-biological activities in various regions of the world, of course, raises the question of what is actually happening, and what is the end goal,” said Russian Foreign Affairs Minister Sergey Lavrov recently.

Chinese diplomats now actively lobby on behalf of the position of Russian leadership, which, for several years, has been advocating for the establishment of international verification mechanisms to prevent the production and proliferation of biological and toxic weapons. At the end of April, Chinese Foreign Ministry spokesman Geng Shuang urged the United States to take into account the concerns of the world community and see to “preserving the life and health of the population” living near facilities with increased biohazard risks.

It is important to note that American military laboratories are rather densely placed along the perimeter of Russian borders and near China. Moreover, the location of biologically dangerous facilities is causing additional concern in large cities or in close proximity to them (Odessa, Kharkiv), near airports (Tblisi), or in seismic zones (Yerevan, Gyumri and Almaty).

Even in the U.S., the American Centers for Disease Control and Prevention was forced to admit there were at least five emergencies involving dangerous biomaterials between 2004 and 2014. Contrary to instructions, high-ranking professional specialists forgot to deactivate Siberian anthrax bacteria, and accidentally mixed highly pathogenic and “normal” strains of the avian flu, mixing up samples of brucellosis pathogens with a vaccine for this disease.

In the summer of 2019, the CDC suspended the activities of the U.S. Army Medical Research Institute of Infectious Diseases, which experiments with the most dangerous pathogens in the world, for several months due to the disregard for biological security standards. Maryland State Delegate Carol Krimm, in whose state the institute is located, expressed concern that no one found it necessary to inform local residents of the specific reasons for the temporary closure of the institute.

If U.S. Army facilities allow such a blatant lack of transparency in working with the pathogens of deadly diseases in their own United States, then we can only guess how bad things might be with ensuring the safety of U.S. Army facilities in Ukraine. For example, according to information provided by former Minister of Transportation Evgeniy Chervonenko, at one of the biolaboratories, which according to all standards should be completely isolated from surrounding land and people, there is ventilation into a kindergarten.

Against this backdrop, the accumulated mass of information regarding outbreaks of “atypical” hazardous diseases recorded in Ukraine over the years, and about the existence of biologically dangerous American facilities, is perceived in a completely different way. In 2009, 450 people were victims of hemorrhagic pneumonia that spread from a Ternopil viral hotbed. In 2011, 2014 and 2015, Mykolaiv and other Ukrainian cities reported outbreaks of cholera. In January 2016, at least 20 military personnel in Kharkiv were permanently disabled by a flu-like virus. Two months later, 364 residents of different regions of Ukraine died from swine flu A (H1N1)pdm09. In 2017, there were outbreaks of hepatitis A in Mykolaiv, Kharkiv, Odessa and Zaporizhia.

Today, it is hardly possible to determine with enough certainty whether such frequent epidemics of rare diseases are associated with the operation of biologically dangerous American facilities in Ukraine. However, it’s impossible to categorically claim that “it cannot be, because it never can be.” Why, since 2001, has the U.S. almost single-handedly been undermining the efforts of Russia, China and other countries to prepare an additional protocol to the Convention on the Prohibition of the Development, Production, and Stockpiling of Bacteriological (Biological) and Toxic Weapons and on their Destruction? After all, the universal verification mechanism promoted by Moscow and Beijing would provide Americans an opportunity to show the world that they have nothing to hide. This would mean that countries near or on the territory of U.S. biolaboratories have nothing to fear.

Representatives of China’s expert community point out the growing need for early examination of the issue of global resistance to the production and distribution of biological weapons and their components by the U.N. Security Council. The more consolidated pressure the international community exerts on the United States on this important issue, the more likely it is to prevent the implementation of adverse epidemiological scenarios close to Russian and Chinese borders. Otherwise, Ukraine, as well as other countries that have “sheltered” American biolaboratories on their territory, risks becoming a biologically dangerous ticking time bomb for itself and its neighboring states. With all that that entails.

*Editor’s note: Although accurately translated, this quoted information could not be independently verified.