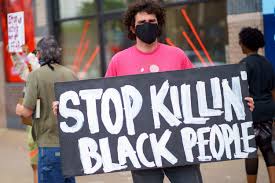 In 1944, Gunnar Myrdal, Swedish winner of the Nobel Memorial Prize in Economic Sciences, wrote a book titled “An American Dilemma,” to unravel the roots of the “Negro problem” in America. His research showed that African Americans were perceived and treated by white people – except for a sector not sharing the belief – as an “inferior race” who were denied rights supposedly guaranteed by the Constitution. As a result, the African American population suffered a disadvantage compared to white people. Lower income, poorer education and greater unemployment wove a profoundly vicious circle derived from the long history of slavery, the shadow of which still falls on the present. Myrdal concluded his study by saying that the United States had a problem, but of a different color: white. African Americans were insulted, assaulted and discriminated against, and even a century after slavery was abolished, they still had to fight the culture of slavery, which far outlived its abolition.

The 2019 report of the U.S. Census Bureau confirms Myrdal’s analysis by showing that, while the median income of American households was $63,179 and that of white households was $70,642, the median income of African American households fell to $41,361; that of Hispanic households was falling but stabilizing at $51,450. The white population constitutes 64% of the country, but 30% of the prison population; 33% of prisoners are African American, while they represent only 12% of the American population. Some 72% of the white population pursues higher education after high school, but only 44% of African Americans do so. Recurring protests by this oppressed minority prove that feeble measures adopted to achieve integration, such as affirmative action, have failed. The COVID-19 pandemic made things worse by exposing existing outrageous discrimination. The overall mortality rate of this virus is 322 people per million; for the white population it decreases to 277 people per million, but it sharply increases to 546 people per million in the case of the African American population. The majority of people who have applied for modest and temporary federal unemployment benefits are African American. Furthermore, they constitute the largest minority on the front line of the battle against the virus.

This explosive mix of circumstances needed only a spark to set fire to the landscape. The murder of George Floyd at the hands of the Minneapolis police, which was thoroughly videotaped in footage that went viral instantly, was the final ingredient. We already know the result: Trump’s criminal stupidity, compounded by more than 100,000 deaths caused by his denial of the severity of the disease and by the economic abyss that opened at his feet five months before the presidential election, did the rest. In a tweet, Trump warned, “When the looting starts, the shooting starts,” just like the Southern slave owners of the 19th century. These are clear signs of the end of a cycle, with uncontrolled violence and looting and curfews that are being challenged in major cities. Any pretension of “going back to normal” (the “normal” that created so much barbarity) is but a melancholy illusion.