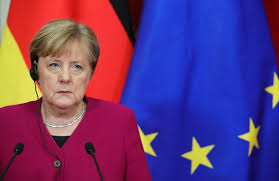 After hearing “no” from Angela Merkel, Donald Trump has postponed the Group of Seven summit of major industrial nations, an exchange that may signal Europe’s distrust of U.S. leadership and of the turmoil surrounding Trump regarding the current situation.

Trump’s political landscape has changed from one of bright sunshine to dark clouds over the past three months. Trump, who before the COVID-19 outbreak touted his reelection campaign on the basis of the U.S. economy, is now faced with more than 105,000 deaths, long lines of poor people searching for free food and a surge in people who, one by one, are falling down the broken rungs of the employment ladder.

There was talk prior to the struggle with the invisible enemy of COVID-19 that Trump was leading in the presidential election polls, and that now his has declined to the point where he has fallen behind “sleepy Joe Biden,” someone even the Democrats themselves thought had no hope of winning. This drop in ratings was confirmed not by the opposition media, but by news agencies, such as Fox News, that are considered to be friends of the president.

However, Trump did not give up, and recognizing that he could not longer use the economy to beat his political rival, resorted to conspiracy theories, and in a move only he could pull off, tied all domestic and international events together to blame his enemies for damaging his chances for reelection.

The story that Trump tells the public can be summed up in one paragraph: China is cooperating with domestic media outlets to change the election outcome so it favors the Democrats; China deliberately spread the coronavirus around the world in order to challenge American hegemony and continues to denigrate the country by trying to remove him from the White House.

Of course, on the other hand, some social media platforms, such as Twitter, are trying to sabotage and deceive the public by questioning his messages and circumventing restrictions imposed by sanctions on Iran!

In the last month at least, Trump’s way of stoking the electoral furnace has been to exaggerate the behavior of domestic and international enemies, a method which, unlike in previous eras, is not about the candidate’s controversial speeches and propaganda, but is a measure of a person’s actual performance.

In a world where face-to-face interaction is still the main way to communicate effectively, and body language can reveal the inner intentions of politicians beyond their tone of voice, for someone like Trump to miss out on the opportunity to have personal conversations to a large extent reduces his ability to exert influence over others involved in global decision-making. For this reason, in order to make it more credible, Trump decided to present his conspiracy theory to the world in a presentation set to take place on the Washington, D.C. stage in mid-June. This show included inviting G-7 leaders (seven of the world’s largest economies) to participate in a face-to-face meeting hosted by Trump during which he could slander China and tip the balance of the international community in favor of the United States.

Of course, he also had another reason for this performance, which was that he wanted to use it as a symbol of both overcoming the coronavirus crisis and America’s return to normalcy. However, things did not go as planned, and he was forced to give up his dream of bringing the leaders of the world’s industrialized countries together.

Trump: A Man Who Must Get Used To Hearing the Word ‘No’

It is likely that for many people who heard that the G-7 summit has been postponed this morning, it was a sensible and conscientious step given how all the countries that were invited are involved with the coronavirus outbreak. However, it is hard to talk about the reasoning of a man who, during his four years in the White House, has shown an unpredictable nature more than anything else.

Not that the issue of wanting to cancel the G-7 summit is involved. The reality is that Trump failed to convene a G-7 summit according to his plans. He wanted to appear in person, and it must be said that German Chancellor Merkel thwarted his intentions. As the leader of Europe’s largest economy, Merkel implicitly told Trump, “as long as COVID-19 prevails, my priority is not to travel to Washington to see you.”

Of course, Canadian Prime Minister Justin Trudeau, whom Trump accused of being dishonest during the G-7 summit two years ago, also seized the opportunity to remind Trump that when people are dying, face-to face meetings of world leaders is not a commendable action.

Furthermore, it remains to be seen whether a country, that in spite of COVID-19 is embroiled in a new wave of anti-racism protests, with 25 of its cities dealing with military intervention, and at risk of calling in the U.S. Army to suppress protesters, would be prepared to host the leaders of the world’s top seven economies in less than a month. Even holding a face-to-face meeting by the appointed date is uncertain, though not implausible.

On the other hand, can one accept the simple excuse of the coronavirus epidemic as the main reason why Merkel and Trudeau have shrunk from meeting with Trump? Or is the issue more complicated than it seems?

American Isolation in the Shadow of Trump’s Leadership

It is unclear why Trump also chose the G-7 summit as his new stage. Over the past two years, he has attended meetings in Canada and France, but demonstrated that he did not value the group. He left the 2018 Canadian summit without signing the final statement under the pretext of a trade dispute, and at the 2019 French summit, he did not shy away from his usual disruption. The most striking image of the G-7 summit in Biarritz, France was an empty seat at the meeting on climate change. The vacant seat belonged to Trump, who said that he could not destroy U.S. fossil energy dependent jobs at the expense of climate protection, an issue that, if left uncontrolled, could make parts of the earth uninhabitable!

In return, Trump’s counterparts, having experienced the Canadian summit, have made it clear that if the United States does not want to partner with them, they will proceed without Washington. That is why, when Trump, under the pretext of talking to Indian Prime Minister Narendra Modi, refused to attend the climate change meeting without prior notice, the world leaders did not wait for him and proceeded immediately. They also rejected Trump’s proposal to invite Russian President Vladimir Putin to attend the 2019 summit.

Trump looked to the G-7 summit as a temporary step to overcome the current crisis, and it was the reason why Trump postponed the economic-political event a day after Merkel refused to attend in person. These actions could signal Trump’s return to a long-term strategy to weaken the G-7; in particular, the president’s claim that the G-7 is “obsolete” in its current form and that it cannot represent what is happening in the world. That is why he also wants to invite Russia, India, South Korea and Australia to attend this year’s summit, which is likely to take place in September or even after the 2020 elections!

Given Trump’s tumultuous relationship with the G-7 over the past two years, including France, Germany, Canada, Italy, Japan and the United Kingdom, can Merkel’s rejection of his invitation be considered more than a simple answer?

Merkel is a symbol of European Union wisdom and foresight, and her “no” reflects more than an ordinary response. This negative response may be her protest against U.S. unilateralism in ignoring international conventions, the most recent of which was America’s withdrawal from the World Health Organization, which was accused of being “China-centric.” At the same time, Merkel’s “no” reflects the voice of EU foreign policy chief Josep Borrell, who last Tuesday predicted “the end is near for U.S. leadership in the world.”

Borrell said, “Analysts have long talked about the end of an American-led system and the arrival of an Asian century. This is now happening in front of our eyes.”

If the 21st century evolves into an Asian century, the coronavirus may be referred to as a pivotal point in the process. This is the first major crisis in recent decades that is not controlled by the United States. Washington may not care, but wherever we look, we are witnessing increased competition, especially between the United States and China.

The result of Merkel’s “no” and Borrell’s remarks are that if Trump wants to take advantage of a gathering at the world leaders’ summit as an opportunity to confront China, it is his prerogative. However, from now on, Europe should not be expected to follow unquestioningly as it pursues its own interests and values.

Meanwhile, to what extent does the U.S.- European strategy overlap with China’s rise to power? It is currently not known what the U.S. will do after leaving its role in that strategy, a fact that, from the perspective of European leaders will establish that “America no longer has the monopoly on power.”