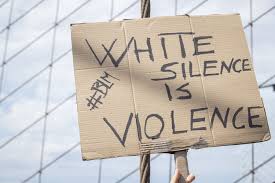 Only white Americans indulge in the illusion that ethnicity doesn’t have a role to play.

No one in the U.S. is white or black. That is a lesson quickly learned there. That, however, is only true when speaking to white people.

White Americans, primarily those who feel they belong in the liberal corner, have long since arrived in a society that prides itself on being “post-racial.” That is nice for white people and fraught with problems for black Americans. We don’t think in skin colors, they say in liberal circles. They are “colorblind.”

When Europeans ask black people about being black in America, white people want the ground to open up and swallow them. There is no race. The word “black” should not ever be used in one’s lifetime.

White people have increasingly invented new words to avoid saying “black.” U.S. experts know exactly what’s meant when there is talk about the “inner-city population.” The adjective for this is “urban:” urban language, urban clothing, urban behavior. It can be used as a synonym for “bad-mannered” or “uncultured.” This is all code for African American. No one sees color any more, but everyone sees socioeconomic conditions. Anyone living in the inner cities in the U.S. is neither well-situated nor white. But that – many U.S. citizens still believe – has nothing to do with ethnicity. The collective religion in the U.S. is, after all, the firmly established belief that every man forges his own destiny. If anyone is unsuccessful, it is because they had bad luck or didn’t work hard enough. All problems were resolved in 1964, when racial segregation was abolished.

But for black people, the problems were not resolved at all. These people are a part of the population who have been unable to build wealth for the last 500 years, and who confront more difficulty than their fellow white citizens. This is shown by statistics that demonstrate black people receive credit unequal to credit that white Americans get, and fewer job offers.

In some segments of American society, quotas have frequently been imposed and then reversed, as quotas run contrary to the religion that anyone can make it if he or she wants to.

The video showing the killing of the African American man, George Floyd, shows another reality that cannot be denied. No video exists of a policeman kneeling on a white man’s neck as if it were the most normal thing in the world.