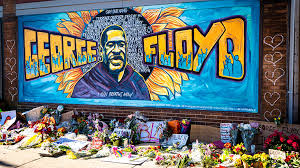 It has been a week since a white police officer brutally killed a black man in the Midwestern city of Minneapolis, Minnesota.

The protests and riots that followed have shown no signs of ending, and have even degenerated into looting and arson.

This situation began on May 25, when a white police officer pressed his knee into a handcuffed and prone black man’s neck, after which the black man died. The officer was arrested and charged with third-degree murder, which applies in cases where it is uncertain if a killing was intentional.

Minnesota was the first of a dozen or so states to mobilize the National Guard. Washington, D.C. and many other cities imposed curfews. The only way to describe this situation is abnormal, as the National Guard has not been mobilized to this degree since World War II. Protests have even spread to the United Kingdom and other European countries.

President Donald Trump’s comments have only added fuel to the fire. On May 29, he tweeted, “when the looting starts, the shooting starts,” endorsing martial law and violence to handle the situation.

President Trump should be promoting a message of interpersonal unity and cooperation with state governments and the cities and towns to get this chaos under control quickly.

The background for these radical protests is the deeply ingrained suspicion that black people feel due to the unfairness of police enforcement, the justice process and educational system in dealing with minorities when compared to dealing with a white majority.

America has a history of slavery and racism. Efforts to end racial discrimination resulted in the Civil Rights Act, enacted in 1964. But even half a century later, racial problems have not ended.

The protests have reached a fervor previously unseen in recent years, in part due to the coronavirus crisis, which has, for the most part, greatly affected many low income African Americans and Latino Americans (from Central and South America), stirring up deep dissatisfaction. Other contributing factors include rising unemployment rates and quarantine restrictions, which have fostered an increasing despondency among citizens.

Nevertheless, looting, arson and other violent, illegal acts committed under the pretext of protest must not be allowed. In the end, the protests should be nonviolent. Former President Barack Obama, the first black president, spoke reasonably in his call for peaceful protest: “Let’s not excuse violence, or rationalize it, or participate in it,” he appealed.

It should also be noted that some observers have pointed out that far-left extremist agitators might be influencing the violence.

On June 1, President Trump asserted that the protests had been hijacked by far-left extremists, and Attorney General William Barr said that domestic terrorists “will be treated accordingly.” The background connection between extremist agitators and the protests must be thoroughly investigated and sorted out.