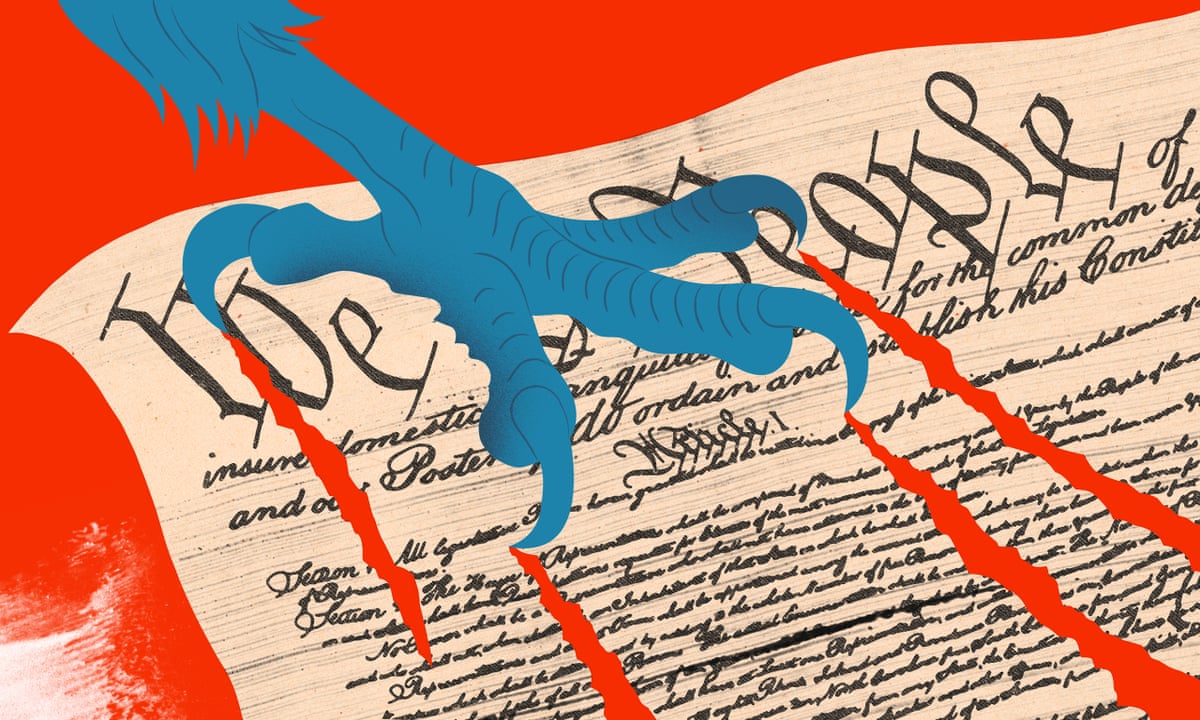 It is not a good sign for democracy that Winston Churchill is being quoted so often lately. “Democracy,” according to Churchill, “is the worst form of government except for all those other forms.” It’s sad enough to hear that the advantage of democracy is the fact that everything else would be worse. But on top of that, having this constantly emphasized does not speak well for the state of democracy.

It comes as no surprise that the most powerful democracy in the world is sinking into chaos. A pandemic, protests, unrest and the most severe recession in recent decades are making Americans feel — as a Democratic senator put it — as if they are experiencing the Spanish flu of 1918, the Great Depression after 1929 and the riots of 1968, all at the same time.

The Dual Crisis of Democracy

Western democracy is in crisis, which is nothing new. Support has been eroding for some time, it is being threatened from within and from without, there are structural issues, and there is a need for reform. The current crisis in American democracy, however, is far more serious. It is a two-pronged crisis. The erosion of trust in the rule of law, which is manifesting itself in riots, coincides with an attack on democracy from the center of power that has never been seen in the history of American democracy: Donald Trump’s announcement not to concede in the face of an electoral defeat. Never before has a U.S. president threatened the country with a coup.

The trust in democracy has long been declining in the U.S. where, more than 150 years after the end of the Civil War, racism continues to be an issue. Confidence is also declining in law and order, and a political system that does not work for African Americans and has not been able to slow the growth of social inequality. Without a certain degree of justice, democracy loses its legitimacy.

On top of that, the flaws in the political system have been obvious for many years — a voting system that, in many cases, awards the presidency against a democratic majority of the popular vote; gerrymandering, the manipulation of electoral districts, the absurd significance of the swing states, the fact that wealth is a prerequisite for a successful presidential candidacy, and the influence of political clans, from the Kennedys to the Clintons. And lastly, the end result: Nobody can claim that American democracy has elected the best, most competent leaders as president in the recent decades — from Ronald Reagan to Trump — and the fact that it has never been a woman proves this.

Until now, all these weaknesses have been regarded as inadequacies of democracy which, according to Churchill, was still better than all the other options. But now Trump is aiming for the heart of democracy: the presidential election. Whether he would actually contest the election result in the case of a defeat, whether his party would follow him, and whether the Supreme Court would actually take his side are all matters of speculation. The ongoing talk about fraudulent and illegitimate elections, however, continues to undermine the trust in democracy.

This is fueled by the Civil War rhetoric Trump uses to comment on the unrest.

It is a threat. Trump could force America to choose: me or the chaos. Pressure, defamatory remarks and intimidation are nothing new for Trump’s enemies in politics and the media. But this reaches a new level: If the legitimacy of elections is no longer recognized, the fight for democracy could turn violent. If votes no longer decide who is going to be in power, guns will.

A crisis in the most powerful democracy in the world can be felt far beyond the borders of the United States. An immediate consequence is the strengthening of antidemocratic forces. Trump is currently providing antidemocratic forces with double support. The U.S. president is serving as a role model for figures like Jair Bolsonaro, Viktor Orbán, Rodrigo Duterte, and all those who would like to govern in a more authoritarian manner themselves. At the same time, he is creating plenty of arguments for those openly propagating an authoritarian countermodel. The disarray in the U.S. is a gift for Chinese propaganda. For them, it’s proof that Western democracy has failed and the Chinese system is superior. Not to mention the fact that Trump’s calls for rigorous crackdowns on the unrest could, in the eyes of Beijing, justify the deployment of Chinese security forces: from Tiananmen over 30 years ago to a potential future crackdown in Hong Kong.

Only Old People at the Top

The strength of Western democracy has traditionally been linked to its adaptability regarding societal, technological and economic change. For the past 200 years, this has been true for American democracy as well.

However, in recent years, the U.S. seemed unable to muster the strength to adapt. It’s almost symbolic that both presidential candidates have long passed retirement age and are approaching 80. Democratic House Speaker Nancy Pelosi has already reached that age. “We are an exhausted nation,” declared Joe Biden recently. The American gerontocracy bears an unpleasant resemblance to the Soviet Union in the early 1980s. This could very well be an indication of how serious the disagreement is and how fundamental the upcoming changes will be.

But America’s crisis has also brought to the forefront a younger, more vital generation of governors and delegates, which is offering resistance — even in Trump’s environment. That gives hope. However, the proponents of democracy will have to fight, possibly with methods they would normally reject. And at the end of this fight, the democratic system will be a different one.