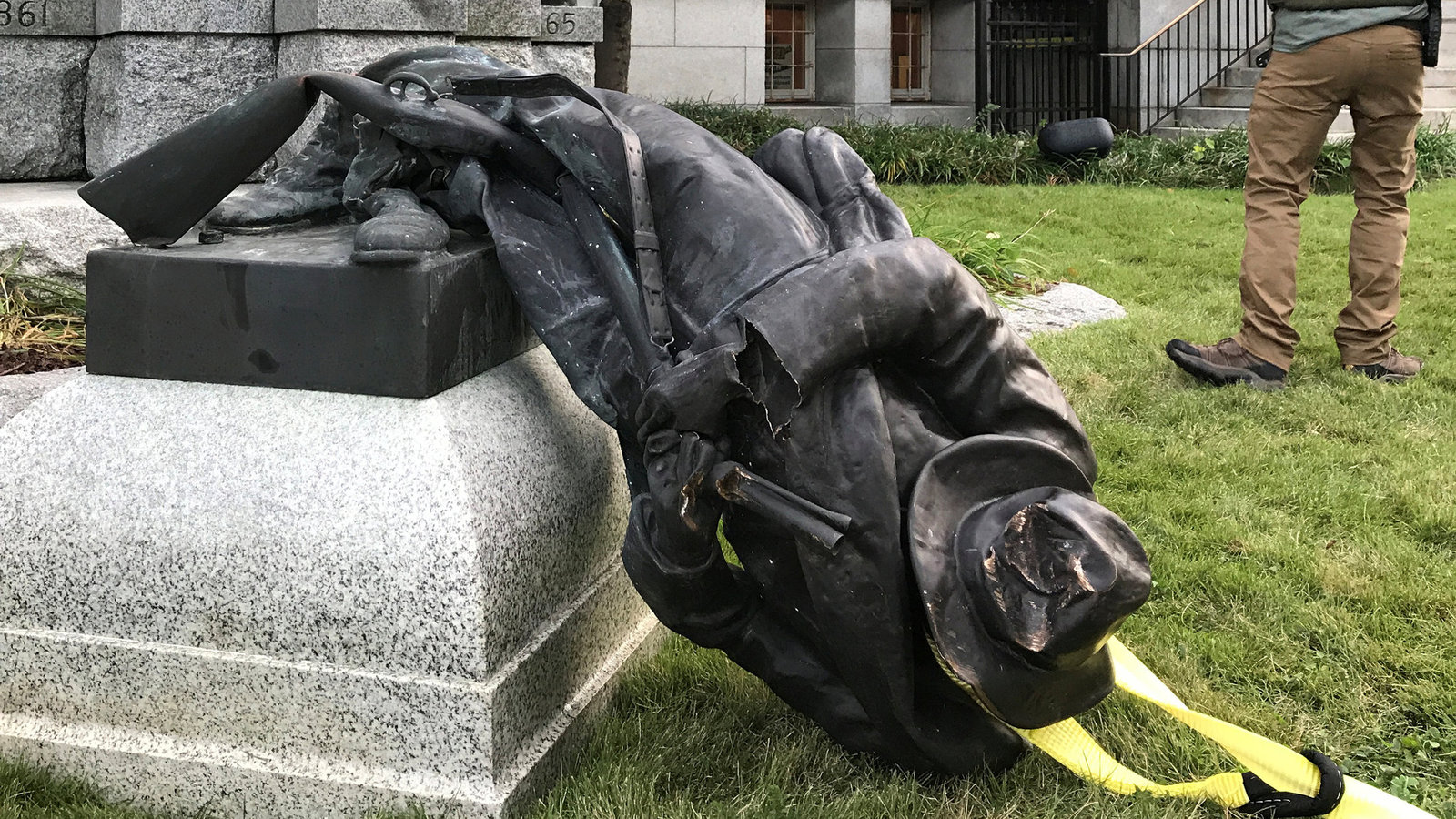 It’s supremely stupid to cast judgment upon those who lived under the precepts of their society for half a century using today’s moral standards, which are, without a doubt, more humanitarian.

While the United States is contaminated with a new virus, feverish crowds devote themselves with untamed passion (worthy of a worse cause) to the task of executing statues. They Irresponsibly excuse themselves with the justification that they’re condemning racism, and began by tearing down monuments of several Southerners who defended the right to own slaves during the Civil War, but they ended up knocking down George Washington himself. He certainly had slaves, but in an age when the majority of societies on the planet considered it normal.

The demolition of shameful symbols is a constant throughout history. Each time a dictator falls in real life, the statues and paintings with which these narcissistic tyrants typically “adorn” the country that is victim to their abuse also fall like dominoes. But that’s an immediate and logical reaction by a citizenry opposed to a person who has ruled at the expense of one’s dignity, liberty and life itself. What is the obsession with Christopher Columbus these days? It’s undeniable that he was the battering ram in a historical process fatal to the inhabitants of this continent, but he belonged to a different, much crueler civilization than ours. It’s supremely stupid to cast judgment upon those who lived under the precepts of their society for half a century using today’s moral standards, which are, without a doubt, more humanitarian. It’s not about idolizing a piece of brass. It’s not even about complaining about the destruction of public property, which is already enough and instigators should be prosecuted. It’s about resorting to “fixing” structural problems with symbolic solutions. Although this phenomenon more fully involves violence and vandalism, in essence, it is equivalent to the stupidity of rectifying racism by calling Black people “Afro-descendants” and correcting sexism by referring to both men and women. The fault does not lie in words, nor do problems lie in a sculpture.

About Kaitlyn Diehl 17 Articles
Kaitlyn Diehl studied Spanish and Political Science at the University of Delaware and has recently obtained a certificate in Spanish to English translation from the University of Massachusetts Boston. She is passionate about travel and intercultural communication, so the opportunity to contribute to Watching America is something she is very excited about.