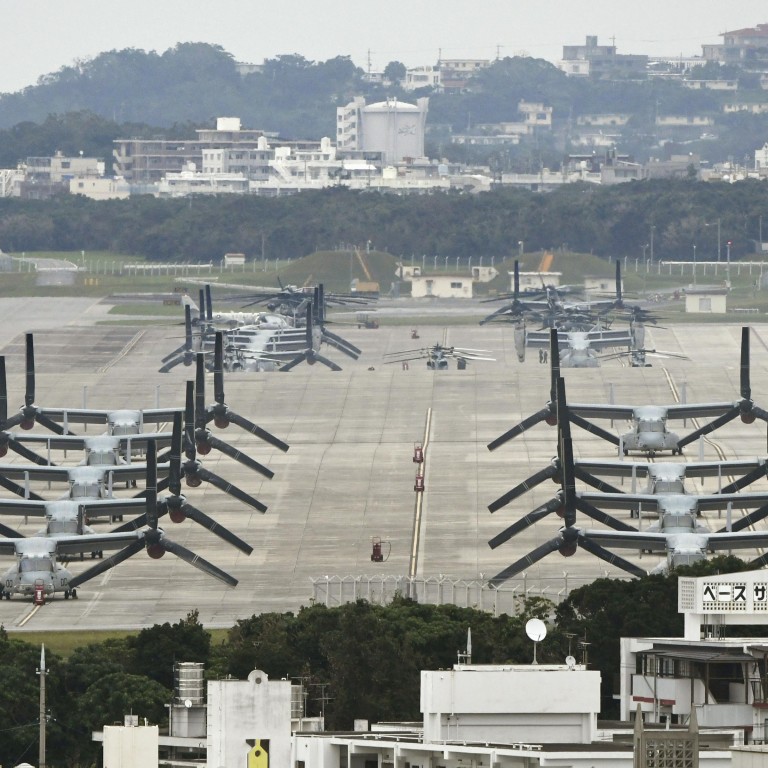 It’s been 48 years since Okinawa was formally returned to Japan and 75 years since the Battle of Okinawa, and yet, of all the U.S. military’s land in Japan, 70% is on the island. Why is there no progress in relieving us of this heavy burden? The truth becomes clear when you take a look at history.

In May of 1971, the year before Okinawa was returned, the F4 fighter unit was relocated from Yokota Air Base in Tokyo to Kadena Air Base in Okinawa. With this, the last American warplanes disappeared from the mainland, fortifying Okinawa’s function as a base. The F4 unit at Kadena changed to an F15 unit, which it still is today. We need to stop the system imposing the burden on Okinawa.

We now know that initially, the U.S. was considering moving the F4 unit to the American mainland or U.S.-controlled Guam in 1971. However, Shinji Kawana, an associate professor at the Tokyo Institute of Technology’s department of international relations, analyzed official U.S. documents and found this was a measure taken in response to Japan’s own concerns about the withdrawal of the American military.

This move was around the time of the Kanto Plain Consolidation Plan, which was to organize and consolidate U.S. military bases around the Tokyo metropolitan area. This was also the period when there was a significant amount of anti-base sentiment due to then ongoing Vietnam War movements and overlap with controversies related to U.S. military accidents on mainland Japan. We can see the government’s expectations of concentrating bases on Okinawa to avoid turning this into a domestic political issue.

However, while the U.S. has considered many times plans that would lessen the burden on Okinawa by reducing or removing its bases there, official diplomatic documents and testimony from officials, not to mention history, clearly show efforts by Japan to stop this from happening.

Upon Okinawa’s return to Japan, we’ve seen examples of the U.S. considering Iwakuni in Yamaguchi prefecture or Misawa in Aomori prefecture as new locations for the U.S. Navy P3B anti-submarine patrol aircraft deployed at Naha Airport; yet it has been changed to Kadena.

At the U.S.-Japan conference in January 1972, Takeo Fukuda, who was the foreign minister at the time, touched on this issue. Eisaku Sato, then prime minister, rejected the move to areas like Iwakuni, claiming it would spark political problems. This politicization over the burden of bases has allowed the double standard between the mainland and Okinawa to continue even today. It’s been nothing short of discrimination.

In the 1970s, the U.S. government considered withdrawing the Marines, which occupy about 70% of the U.S. military base area in Okinawa, but Japan held it back. The same applies for the latter half of the 1990s — when a young girl was brutally raped by U.S. servicemen — and for discussions to reorganize the U.S. military in the mid-2000s. Every time a plan from U.S. officials surfaced to withdraw or reduce troops, the Japanese government obstructed it behind the scenes. Their responsibility for nipping these plans for alleviation in the bud for so many years is enormous.

When the F4s were moved to Kadena in May of 1971, Chief Executive of the Government of the Ryukyu Islands of Okinawa Chobyo Yara requested a reduction of further U.S. bases. In response, then Prime Minister Sato announced that he would not impose the burden of the mainland’s bases on Okinawa. That promise was never kept.

Currently, the Abe administration is pushing ahead with the construction of a new base in Henoko, contrary to the will of the Okinawan people, which we have demonstrated again and again. Furthermore, this project can’t be easily completed technically or financially because of factors such as the unsuitably soft soil. For Prime Minister Shinzo Abe, this should be a favorable opportunity to finally fulfill the promise of his granduncle, Eisaku Sato, to amend the burden forced on Okinawa.