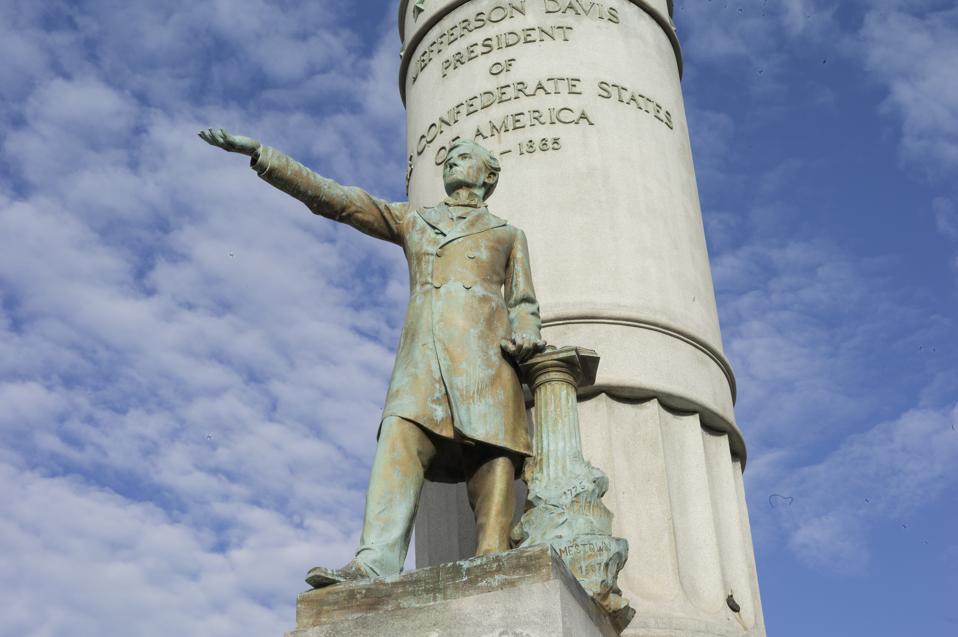 Donald Trump is romanticizing an order that was based on violence and that really did practice terror. He is trivializing racism and fishing in very murky waters.

People who seek to tear down statues of historical figures are “terrorists in a sense.” This, according to Donald Trump, who also previously accused those seeking to topple statues of “[hating] our history, [hating] our values, and [hating] everything we prize as Americans.” Terrorists, America-haters! For which values and for what kind of America, however, would a certain Jefferson Davis likely stand, someone to whom a large number of monuments in the Southern states are dedicated and toward whom, among other politicians and military individuals, the wrath of many anti-racism demonstrators is directed?

Davis was the president of the Confederate States of America during the Civil War. He was accused of high treason after the South was defeated and stripped of his American citizenship. He sought to justify the secession with ultrafederalist arguments. However, it was all just an act.

In actual fact, the aim was to preserve a social and economic order for which slavery and the subjugation of Black people was fundamental. He felt that Black people belonged to an inferior race that was happy living in slavery. Does such a man really stand for America, the country that promises freedom, and for the values that were so impressively canonized in its Constitution? Anyone who suggests such a thing is going against those very values, romanticizing an order that was based on violence and that really did practice terror, trivializing racism and fishing for voters in very murky waters.