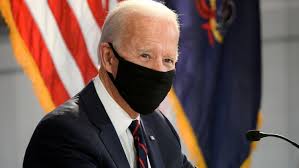 The American election is only four months away, but it has already taken a turn toward abnormality. Democratic presumptive nominee Joe Biden announced on June 30 that he will not hold any more rallies, as opposed to current president and presumptive Republican nominee, Donald Trump, who is committed to business as usual.

What will the race to the White House look like this year? Americans are supposed to vote in four months on Nov. 3, but the pandemic is already shaking up the organization of things that, normally, adhere to rules and codified practices, with conventions, rallies and debates as touchstones.

No Rallies for Joe Biden

Joe Biden surprised us when he announced on June 30 that he was skipping out on election-related gatherings. “I am going to follow the doc’s orders, not just for me but for the country. And that means that I am not going to be holding rallies,” he said. “This is the most unusual campaign, I think, in modern history,” the 77-year-old veteran of American politics acknowledged.

This announcement comes at a time when the pandemic, which seems to be under control in areas originally hit the hardest — the North and the Northeast — is getting worse in the South and Southwest. The country regularly breaks records for the most new cases in one day — more than 40,000 — even though the number of deaths remains, for the moment, stable, at around 500 per day.

For the moment, the most urgent question for each campaign is whether or not to hold a convention; those big, summertime assemblies of delegates who come from all over the country to nominate the candidates. The Democrats, who were supposed to hold their convention in July in Milwaukee, Wisconsin — a city in an ostensibly Democratic state that Trump won in 2016 — have postponed the event until August, announcing scaled back plans.

The occupant of the White House, for his part, is acting as though he can run a normal campaign and is insisting on holding his convention. Initially planned for North Carolina, the Republican convention will be held at the end of August in Florida, after North Carolina’s Democratic governor refused to give the green light, in deference to the pandemic.

As with all major decisions close to an election, this announcement from Biden, the candidate of empathy, carries some risk. First, foregoing rallies, his campaign will only take place on social media and on television, involving terrain that favors Trump for fundamental reasons. Three televised debates between the candidates are scheduled for September and October; Biden, known for his gaffes, does not shine in this environment.

Second, Biden’s strategy also appears risky on its face. It harkens back to John McCain’s initiative in 2008, when, due to the financial crisis, he suggested cancelling the debates so that Democrats and Republicans could come together to work on helping the banking sector survive.

This earned him a scathing rebuke from Barack Obama, who emphasized that a president must be able to handle several problems at once. “Let us say that this decision of Joe Biden’s, while a lot could still happen, does not give off a competitive image,” explains Marie-Cécile Naves, a researcher at the French Institute for International and Strategic Affairs.

Even though the election is still four months away — an eternity in a political environment used to surprises and low blows — this 2020 campaign is already shaping up to be unusual. This complicates things even more for both sides, who will have to adapt constantly to a shifting playing field.